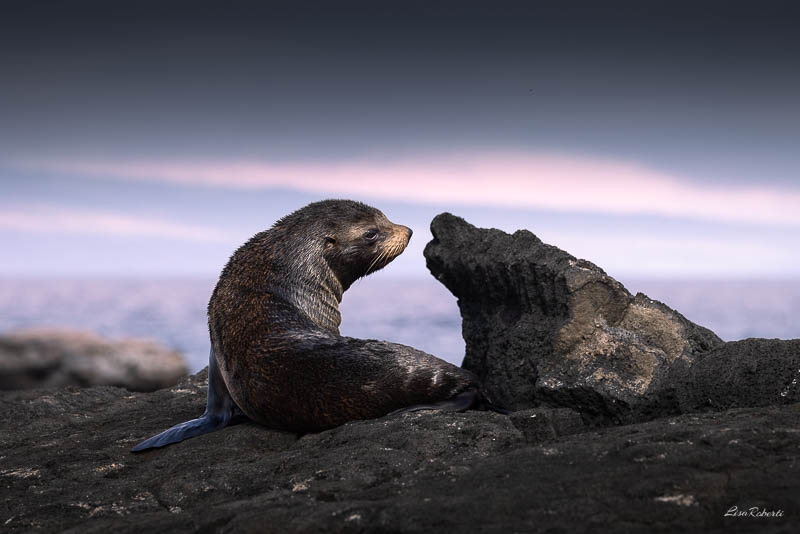 The snorkeling with sea lions was definitely my highlight for the snorkeling and maybe the entire trip -- but this stop in Santiago island was my favorite on land activity.

Fur seals (they are actually sea lions) were my favorite -- but I'm getting ahead of myself.

Another early start with a 5:00 am breakfast (most Galapagos trips do not start so early - I was with a photography group - so we were up early to get the beautiful light and were usually leaving the islands when the non-photography tour groups were arriving).

By 5:45 we were in the pangas and on our way to Santiago island.   A wet landing.   We divided the group in 1/2 and one 1/2 walked up the coast and the other walked inland.   We were doing a big circle.

I was with the group that was walking inland.   It was still early with not much light.

We saw some birds and a hawk and spiders.

As I am trying to get over my debilitating fear of spiders, I try to photograph them so I can see the beauty in them.   This one was taken pretty far away but the silhouette shows the hair/fur on its leg (if you zoom in) and you can just make out the spider web in the low light.

This spider is a silver argyle spider. 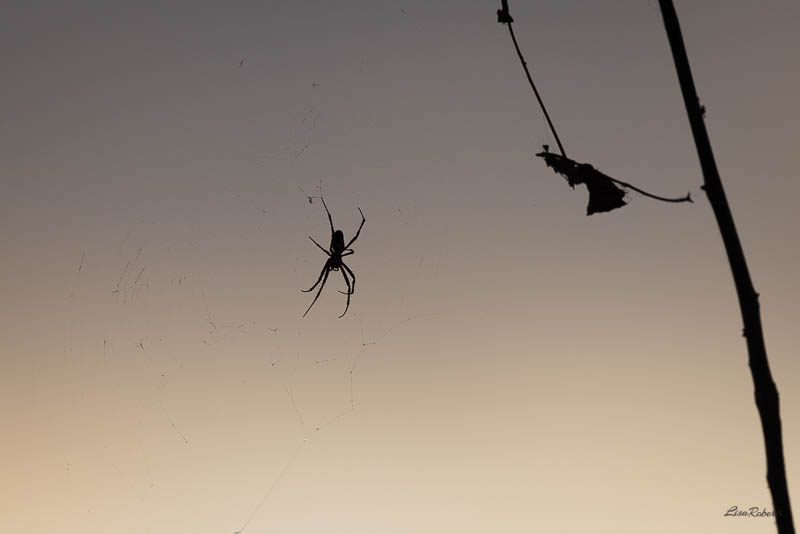 We turned towards the coast and were rewarded with sheets of lava rocks flowing to the ocean. 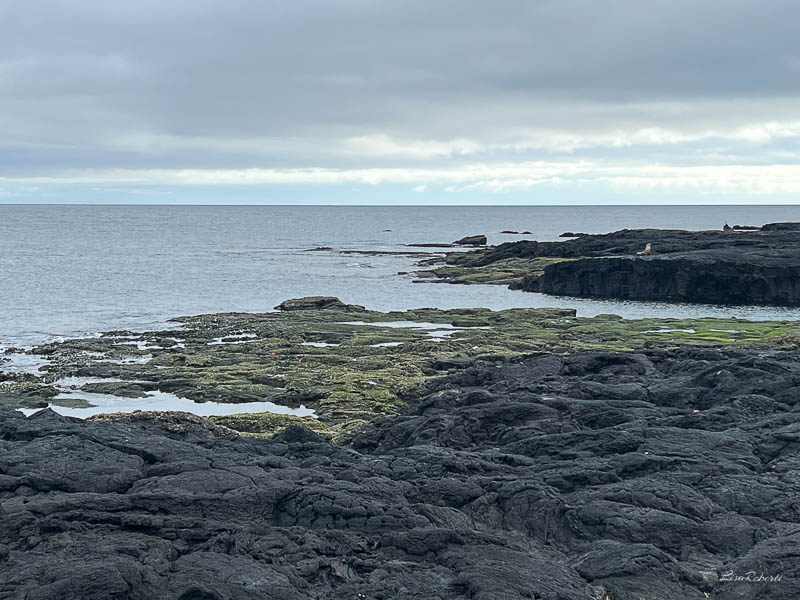 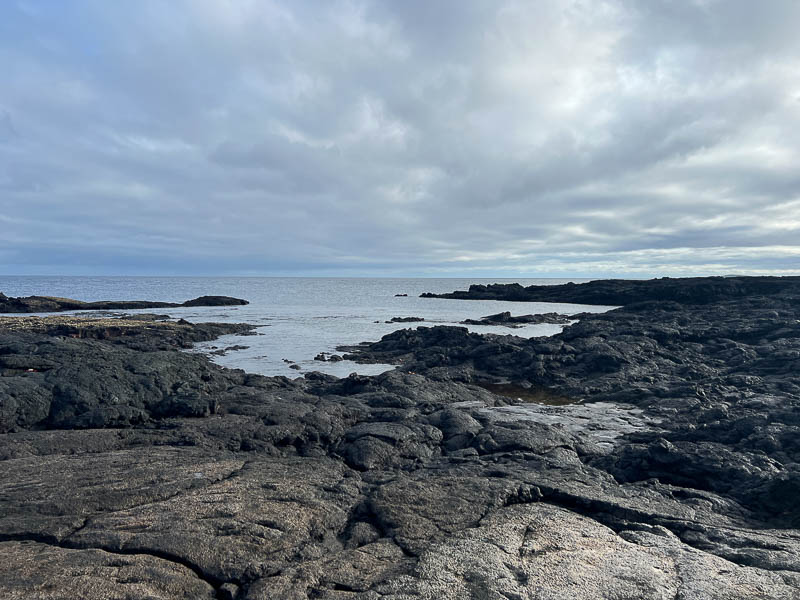 On the lava, every where you looked were the bright orange and  red Sally Lightfoot Crabs. 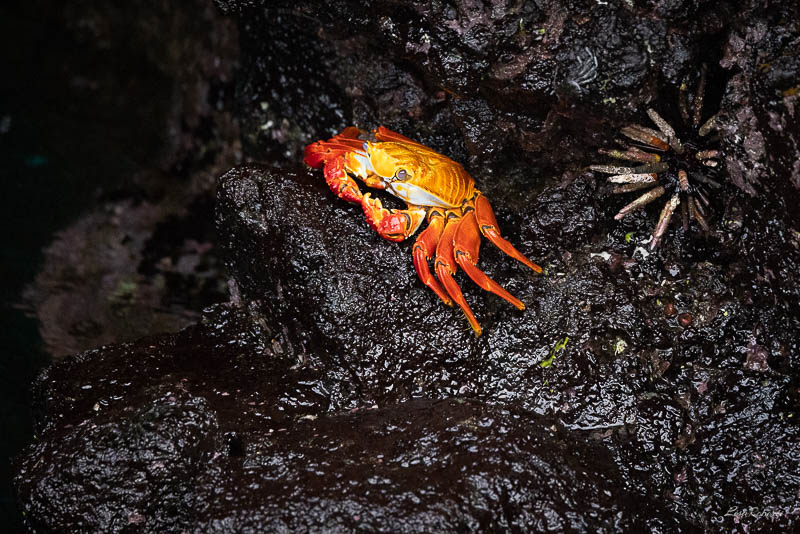 And we also found the Fur Seals!

The animals were high above the water and I wonder how the heck they got up into their resting places... did the tide go up that high or were they just more nimble on land than they look? 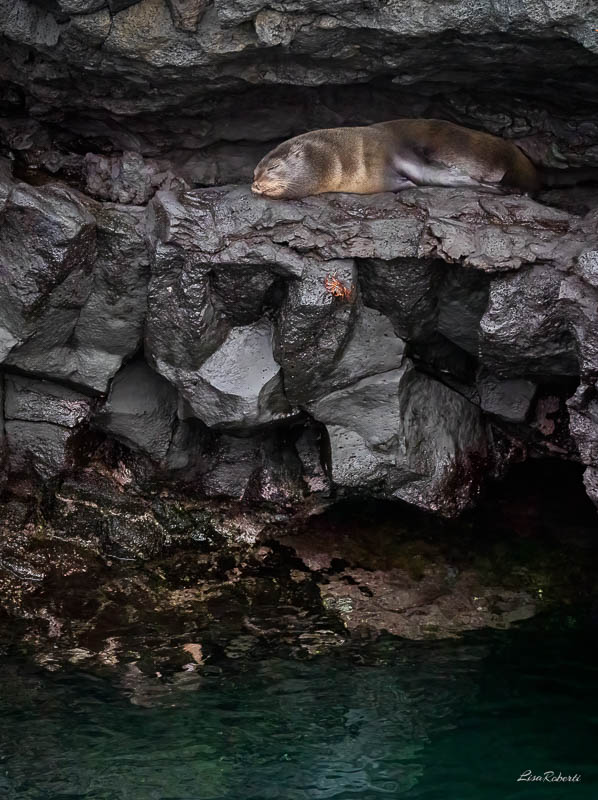 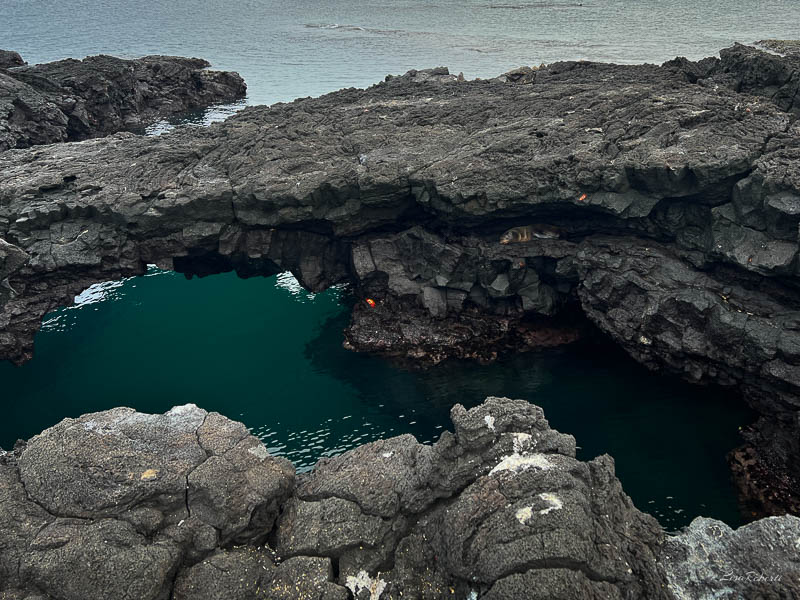 The same fur seal from a different perspective

We saw several young ones and some of my favorite photos from the entire trip came from these fur seals. 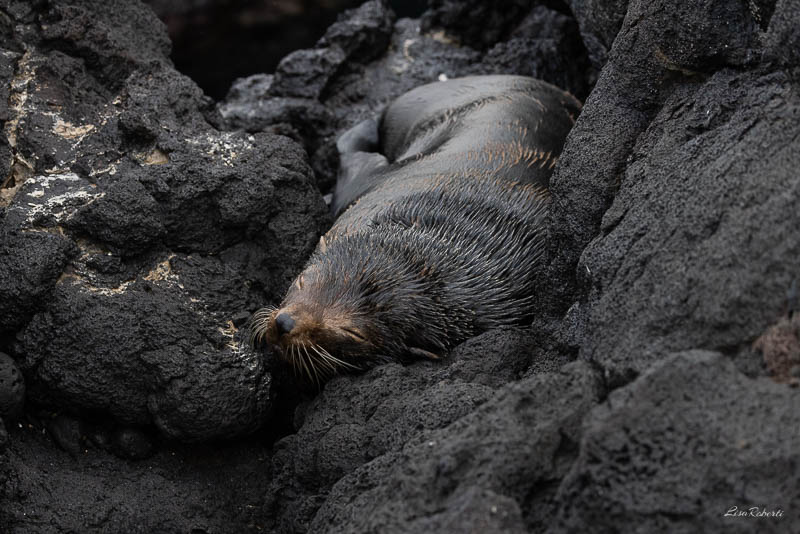 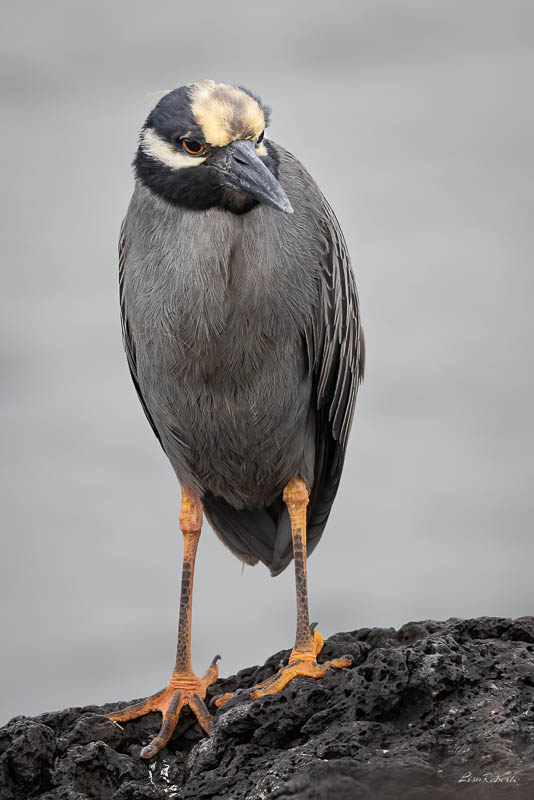 We also saw a lava egret.    A really nice looking bird.   He hunted and killed the crab (which I was in the wrong spot) and then an octopus stole the kill from the egret!    Who knew that those types of things happened in the wild world? 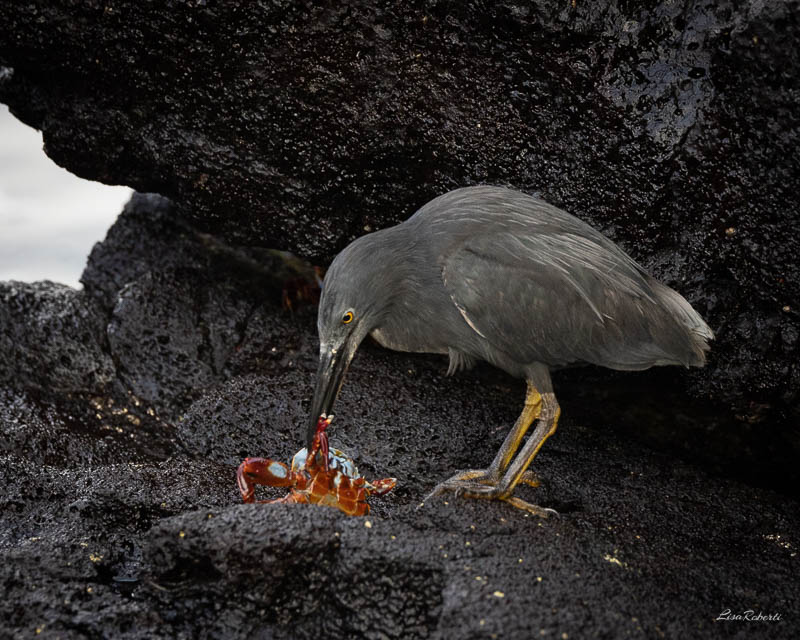 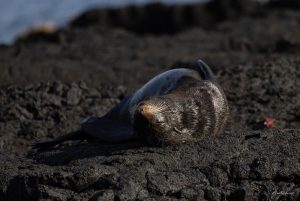 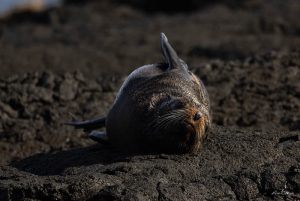 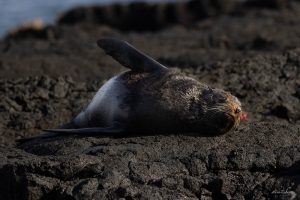 We also saw marine iguanas - not near as many as on some other islands, but still quite plentiful here. 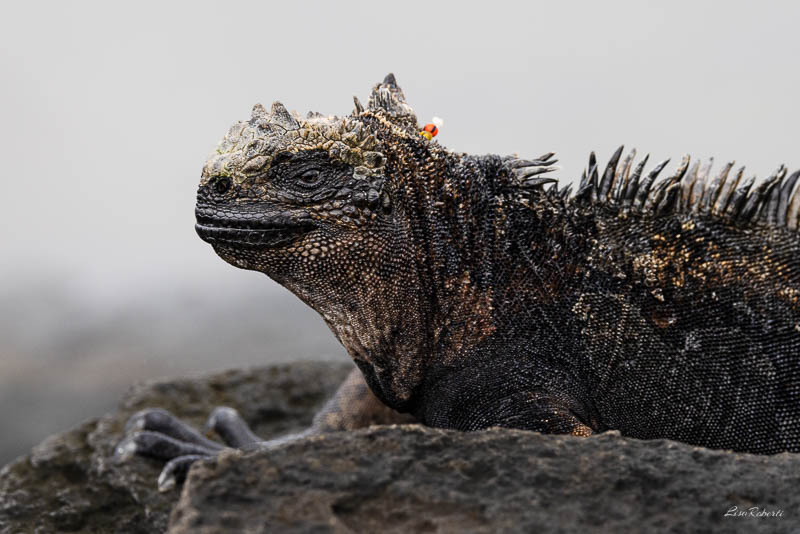 And even a land iguana.   The land iguanas were much rarer for us to see and we never saw a bunch in one spot like we did with the marine iguanas. 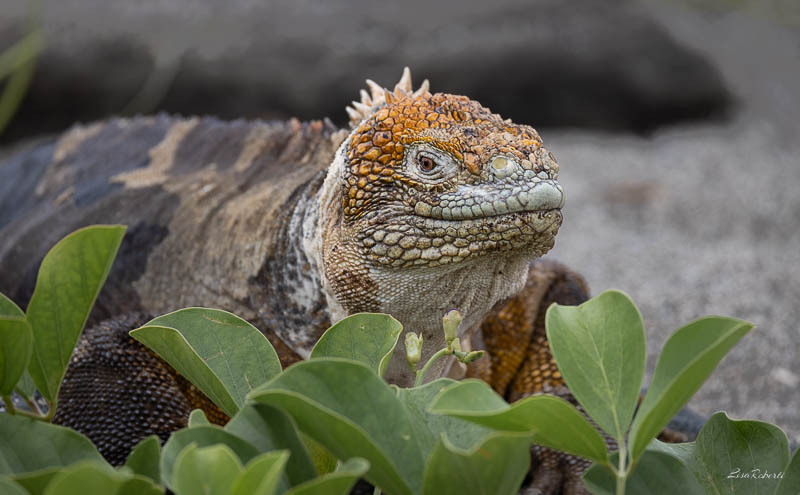 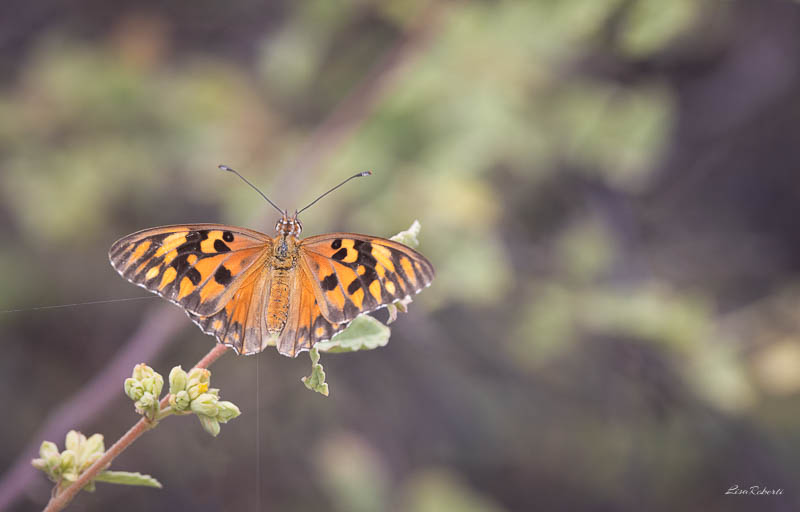 As we left the island on the panga to go back to the catamaran, we passed a rock with blue footed boobies.   We were able to watch these interesting looking birds for several minutes from the panga.

Later in the trip, we saw them hunting - they look like bullets flying down from the sky diving into the water to catch fish! 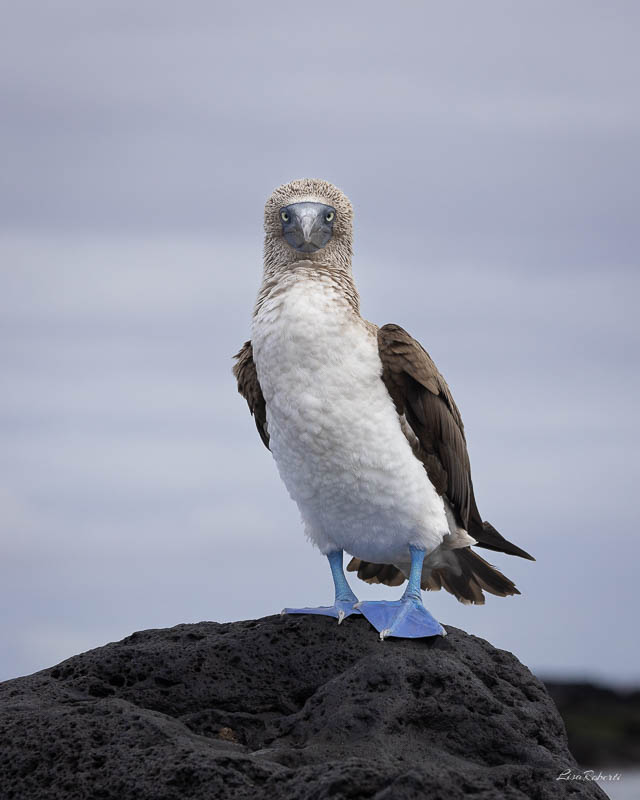 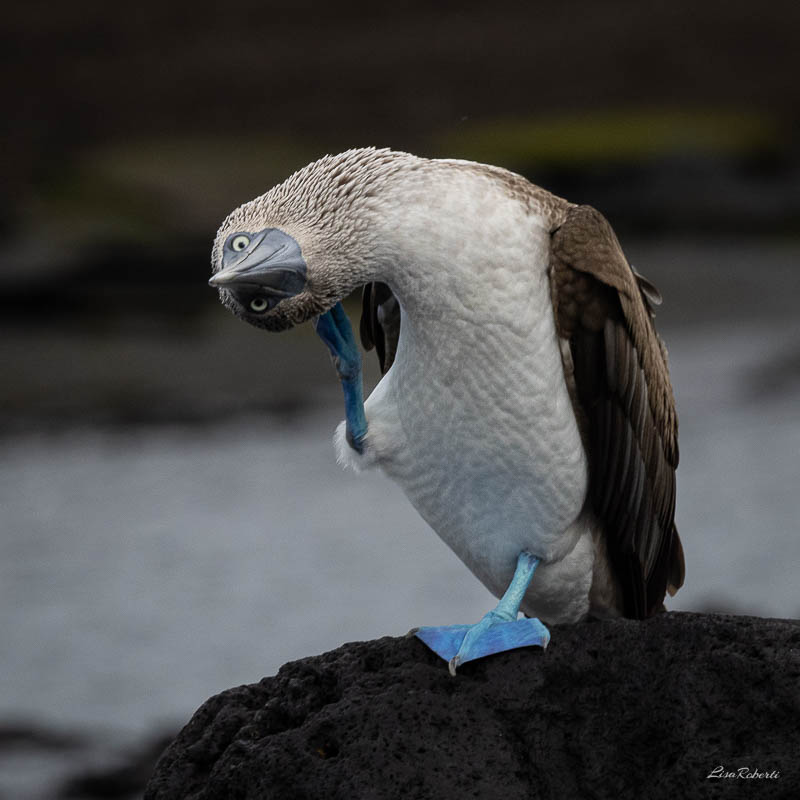 then...snorkeling!    lots of cool fish and fur seals!     The fur seals were like torpedos - they moved so fast thru the water -- they were there then gone and then over there and then gone.   They were a bit curious about us but did not interact with us anywhere near the amount the Galapagos sea lions did.   It was still so much fun!

Here are a few of my favorite artistic renditions from this day.   They are available as prints at my travel gallery. 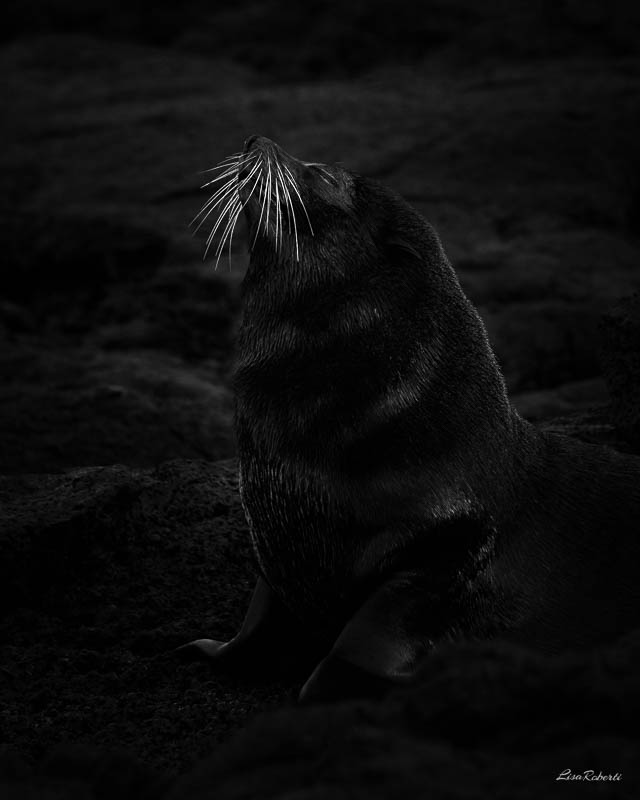 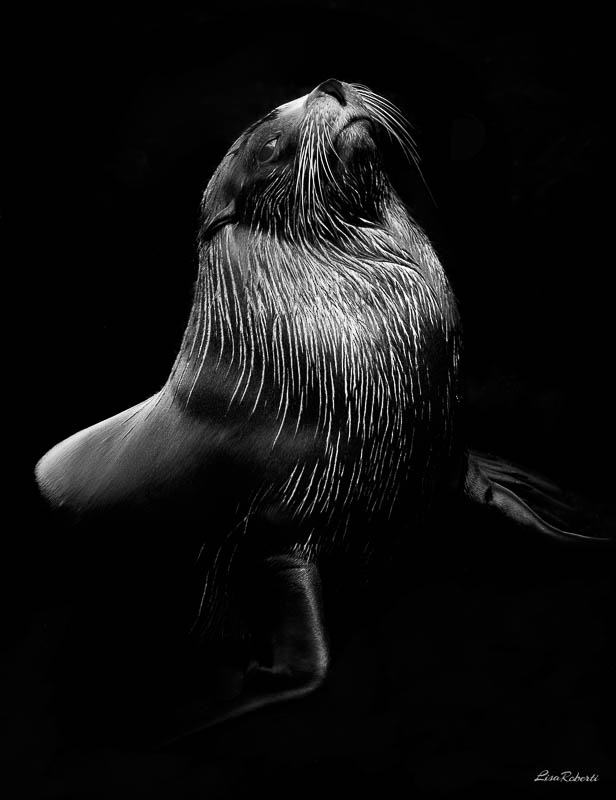 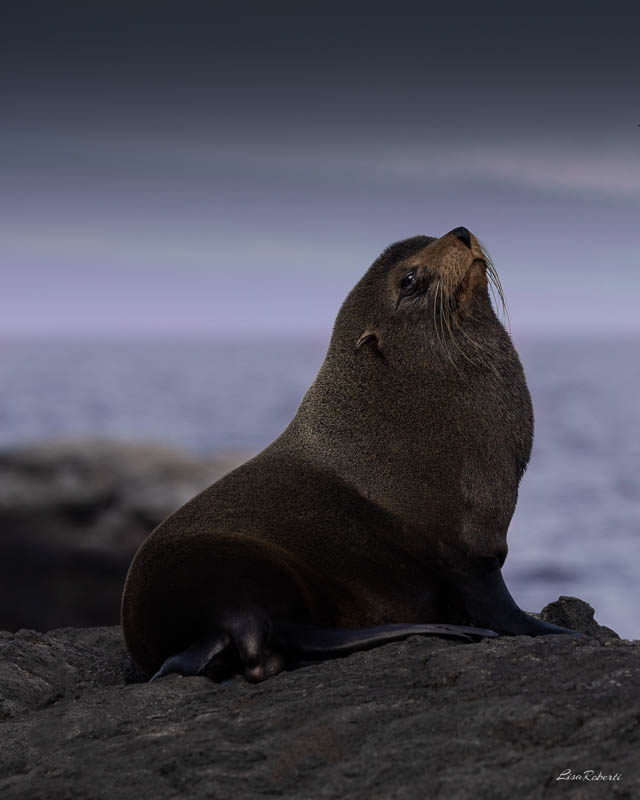 To see more images from my Galapagos and other trips,
visit my travel gallery at

If you enjoy the articles, images, and videos, then please join my newsletter.   I send the letter out periodically through the year when I have great stories or information to share.