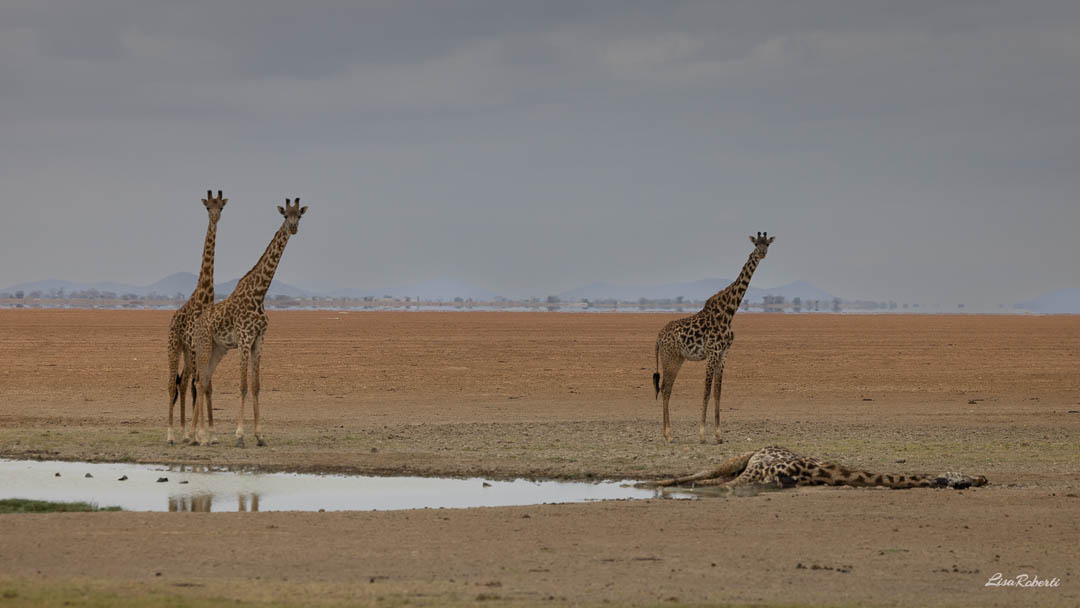 The road was bumpy and the wind was cool blowing through the sides of the open 4 x 4 vehicle.

I felt a slight mist on my face and saw the evidence of the water droplets on my hiking pants.

And I began to cry.

Tears of gratitude.  Tears of hope.

Hope that the mist was a symbol of the rains to come.

Hope that the rains this time would be enough to start and sustain growth of the grass and plants.   Food desperately needed by man and animal.

It's hard to understand because Amboseli has water and you'll see pictures in this post (and probably in social media) of water.

The swamp areas are fed underground by Mt. Kilimanjaro BUT there has been NO RAIN and NO RAIN = NO FOOD.

The animals are starving to death.  In this cases drought = starvation.

According to a report released in early November by the Kenya's Ministry of Tourism,

Hundreds of thousands of people are also impacted as is their livestock.

I was a little nervous to come on safari in Amboseli due to the drought but I also know that tourism brings much needed funds to the locals, so I decided not to change this part of my trip.

I've seen some really hard things while on safari but I was not prepared for the carnage of the severe drought.

Many pictures in this article are very difficult to see...they were excruciatingly hard to take.

I do have some beautiful pictures taken during the same trip later in the article - so please, buckle up and proceed so you can be aware...

because with awareness brings change.

I became numb as we drove from the airstrip on our first game drive.

We started counting carcasses and within minutes we stopped because there were too many.

Every corner we went around there were carcasses.   Sometimes one or two, sometimes we could see 6-8 with one glance.

They were in different states of decay.   Some had just died.  Too weak to continue, the bodies just laying there with eyes that could no longer see.

Others had been scavenged completely and others had part of them gone and parts still in tact, eaten by scavengers. 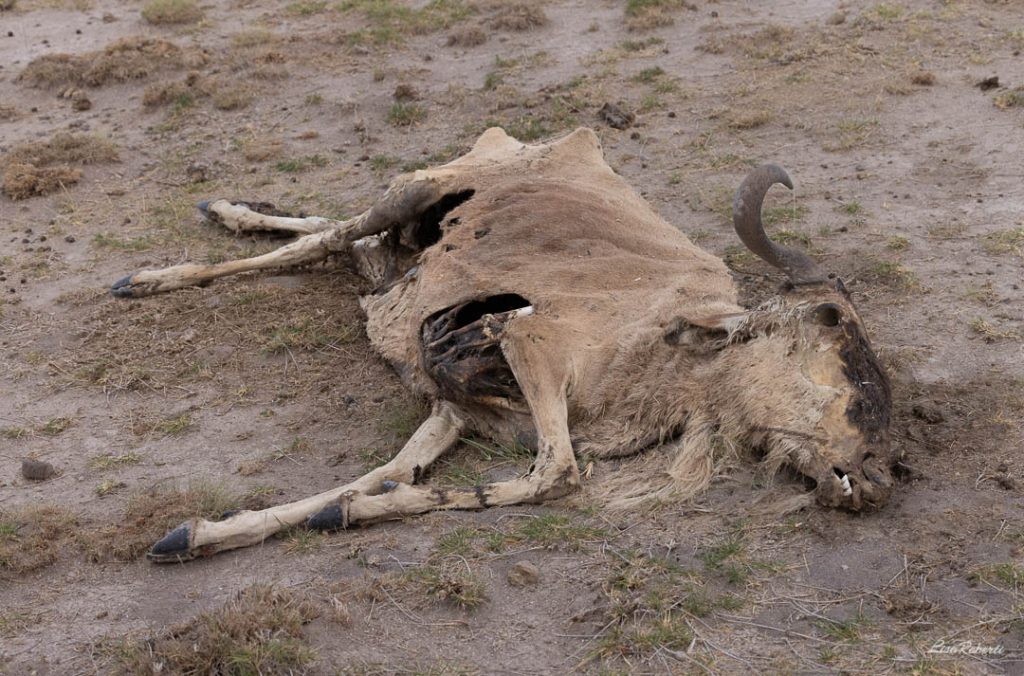 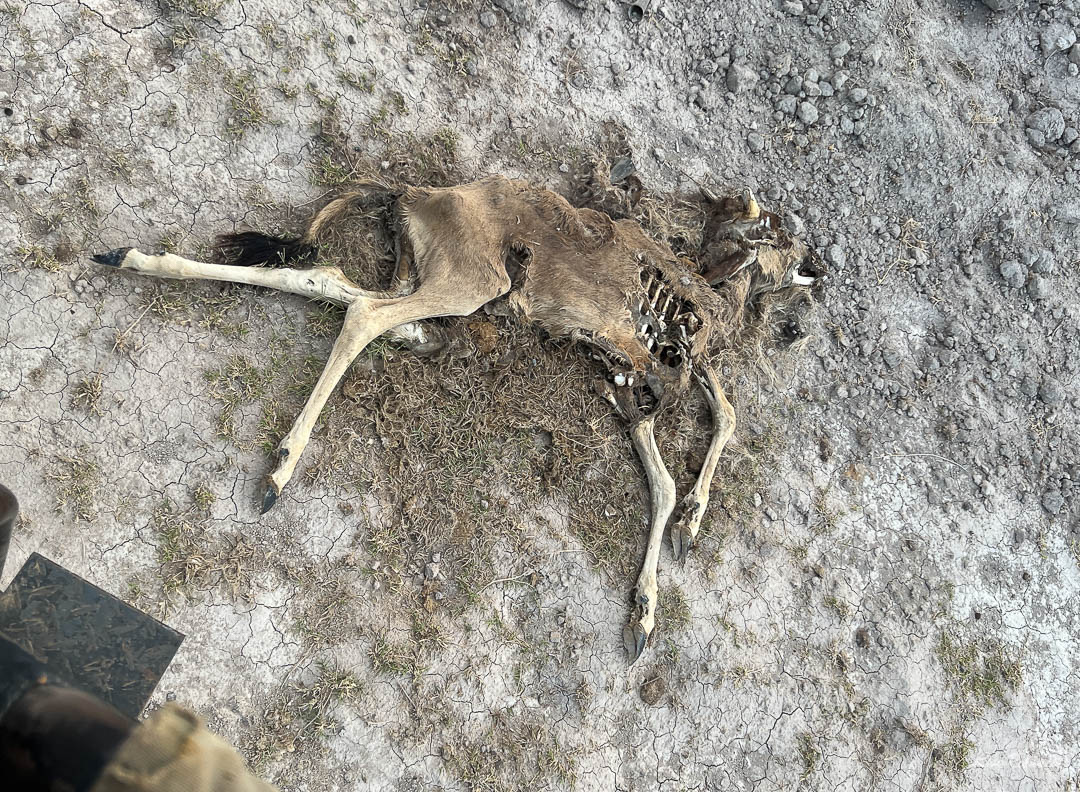 This is the time for scavengers.   But even with all the lions, hyenas, jackals, and vultures, they can't keep up with so much death.  There is rotting flesh everywhere.

And with weak animals all around, they preferred to hunt to get fresh meat. 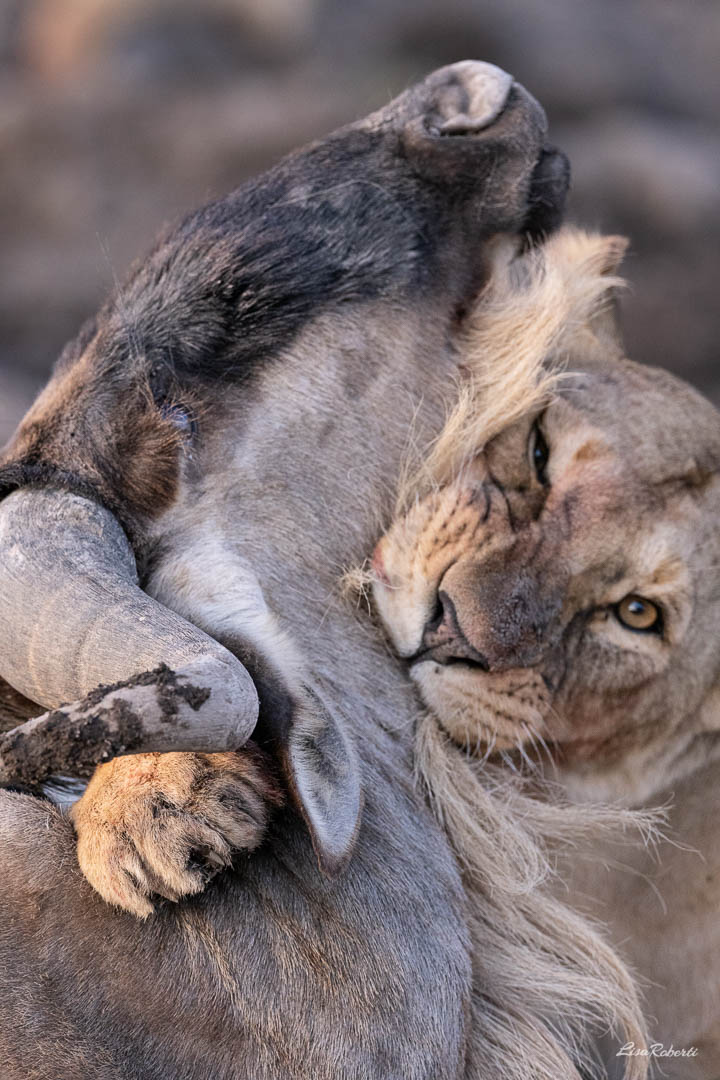 The wildebeest was too weak to defend itself or stand up and the lioness takes advantage.

We saw animals so weak they struggled to walk.

We saw animals so thin they looked like a wind would certainly blow them over. 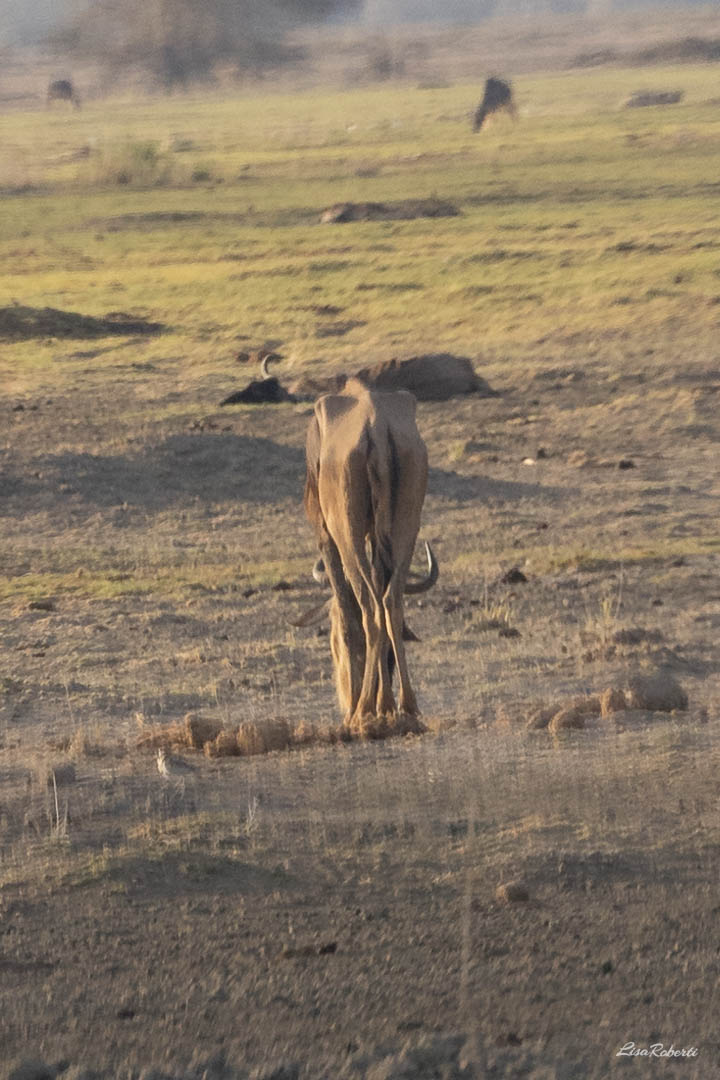 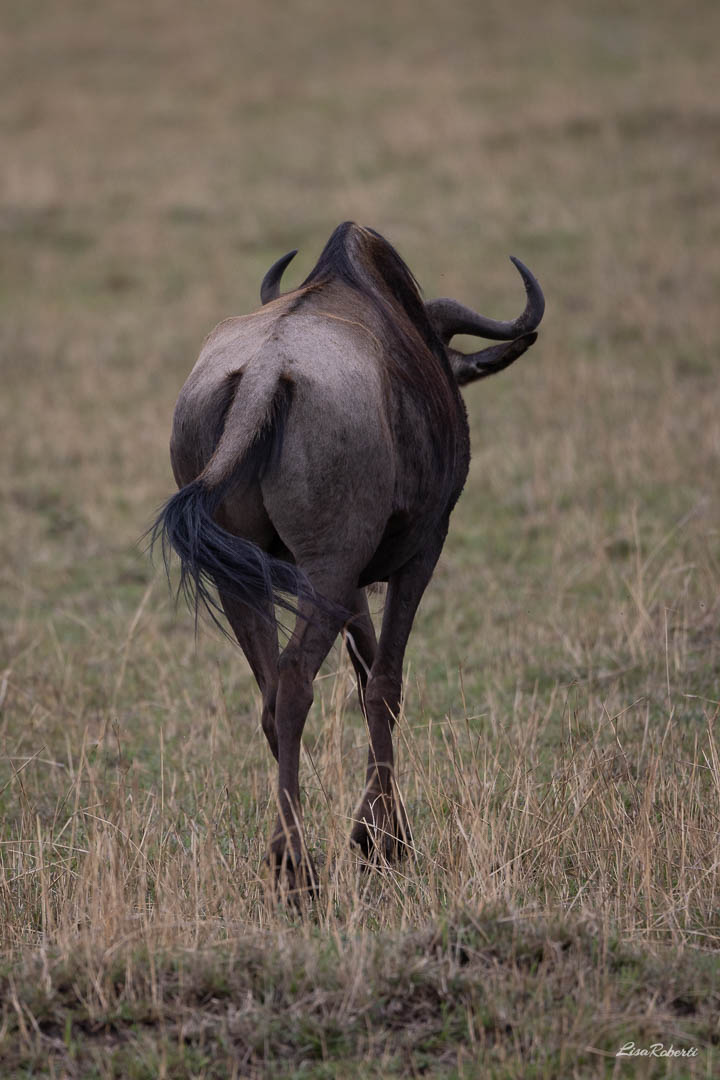 A healthy wildebeest taken a few days later in the Maasai Mara - an area not effected by the drought.

I could never be prepared to see this, smell it, and stand by helplessly watching the animals I love so much suffer.

For me, it was like my soul had been torn into pieces.

The drought has had the worst effect on the wildebeest.  The live ones were so skinny and weak.   I'm sure the number of wildebeest bodies we saw was in the hundreds.   Next was zebra and then gazelles.

On top of all those dead bodies, we also saw one  giraffe and 3 elephants including a baby.

3 giraffe at a water hole. A dead giraffe lays on the side probably too weak to stand after drinking

Seeing the elephant carcasses was the hardest for me because not only are they my favorite animal but also because the government comes and cuts the tusks off them so the tusks can't be sold on the black market....this leaves a hole in the front of the face - a face that had once belonged to a beautiful and sentient creature. 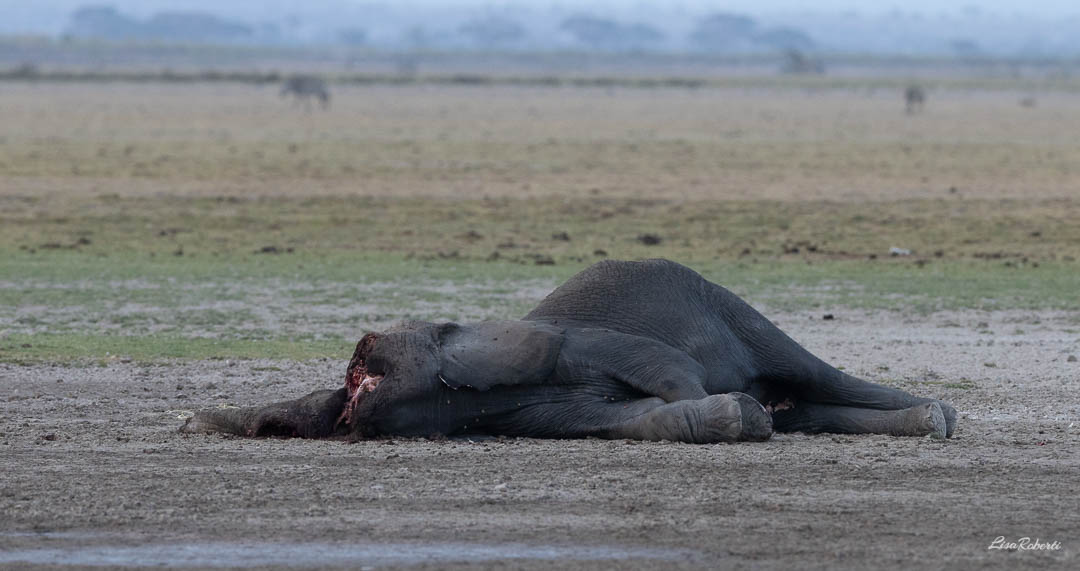 We saw this elephant just a few hours before he went down and was too weak to stand up. 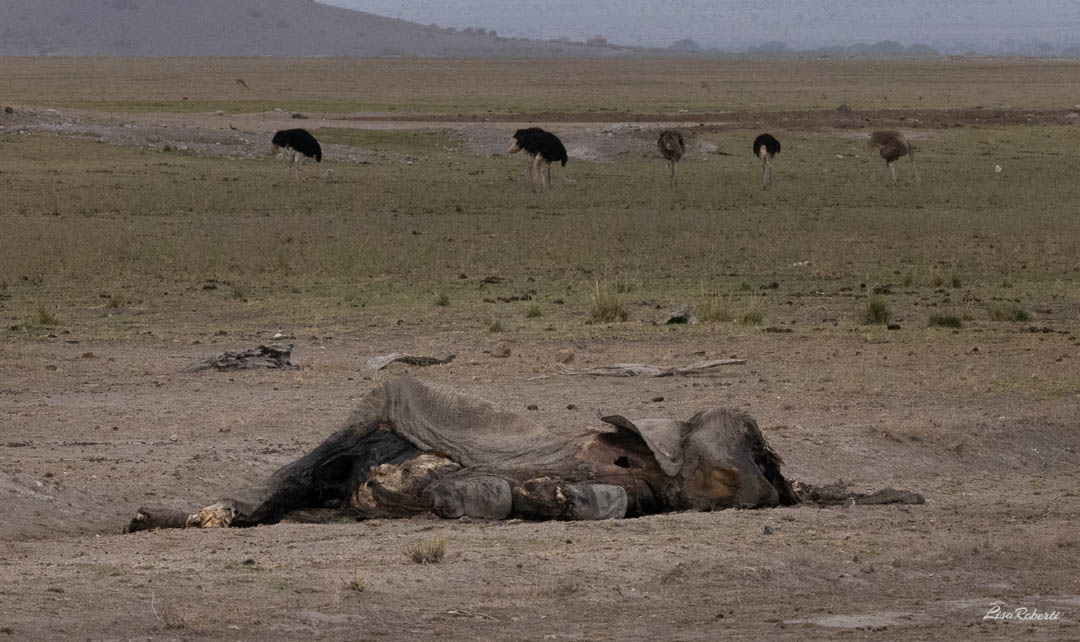 (I'm in tears just writing and remembering it.)

The toll on the people is just as bad.   The Masai people live and die with their livestock.   Livestock is their food and their money and they (the livestock and the people) are starving.

They can't grow fresh produce for themselves and they can't feed their cows, sheep, and goats which means no milk for them or their children.   Their entire wealth gone in a matter of a few months.

We went to a Masai village and I watched a beautiful young lady carry a heavy bag followed eagerly by goats and small sheep.    She opened the bag and took out fresh greens that the animals eagerly ate.   I assumed she had purchased the greens but I found out that she walked almost every day to the marsh to cut the greens and carried the heavy bag back to feed the animals.  The marsh is almost gone too.   The plants overgrazed and the water getting low.

The young Masai woman walked through land that had lions, hippos, buffalo, hyena, elephants and snakes.

Risking her own life with every step so she could bring grass to her charges.

Buying grain and feed isn't an option in this remote area.   There is no money and no supply.

Some NGOs (non-profits) and to a small extent the Kenyan government have been helping where they can with food for the people and hay for the wildlife.   Big Life Foundation has set up 2 feeding stations - knowing they can't possibly save them all, they found the routes of the most vulnerable and feed 10 bales of hay at each location every day.

The day we left, the government came into the park to lay hay for the wildlife.

It's an impossible task.   There are too many animals to save them all.  The only thing that can save these people and animals is a good and proper sustained rainfall.

Enough rain over an extended period of time so the grasses and marshes can regrow and so the trees can regenerate.

I realize droughts are a common part of nature.  As are floods and fires and so many other things.   But I have to wonder, why are they coming so much more frequently and severely...or do I have to wonder?

Have you ever been to a city with an air quality warning?   The air pollution causing difficulty to breath?   How can we even question if our pollution is hurting our planet?

It makes me wonder how I could live a better life with less impact on the planet?   Can I do more/better?   I know I can.

Can you imagine if every person just did one little thing to help the planet (plant a tree, recycle, buy products with less waste, buy used instead of new, etc) the impact we could have on our planet in a good way?

Will these changes save the weak animals I just saw?  No.  They won't.  But maybe, if we all change just a little bit, the next drought or flood won't come so soon or be as severe.   And being a better steward of the Earth certainly won't hurt anyone or any animals or plants or trees or rivers or oceans.

Please comment below if you have ideas of a  small change that would have a good impact on the planet.

These carcasses pictures were all within a 10-15 minute drive from our camp.  I did not post them all.  I couldn't photograph them all.  The very essence of my soul was torn and I had to stop photographing them.

If you are thinking of visiting Kenya and any of the parks mentioned above, I say please go.

Don't let this article dissuade you.   There are many beautiful things to see in Amboseli and all over Kenya.

There are healthy populations of elephant and beautiful sunrises and sunsets and lions and hyenas and cheetahs and so much more..

If you do come to Kenya, maybe you could bring a few extra dollars and buy some handmade goods from the locals.

A few of the beautiful and fun images I took in Amboseli that will hopefully lighten your heart. 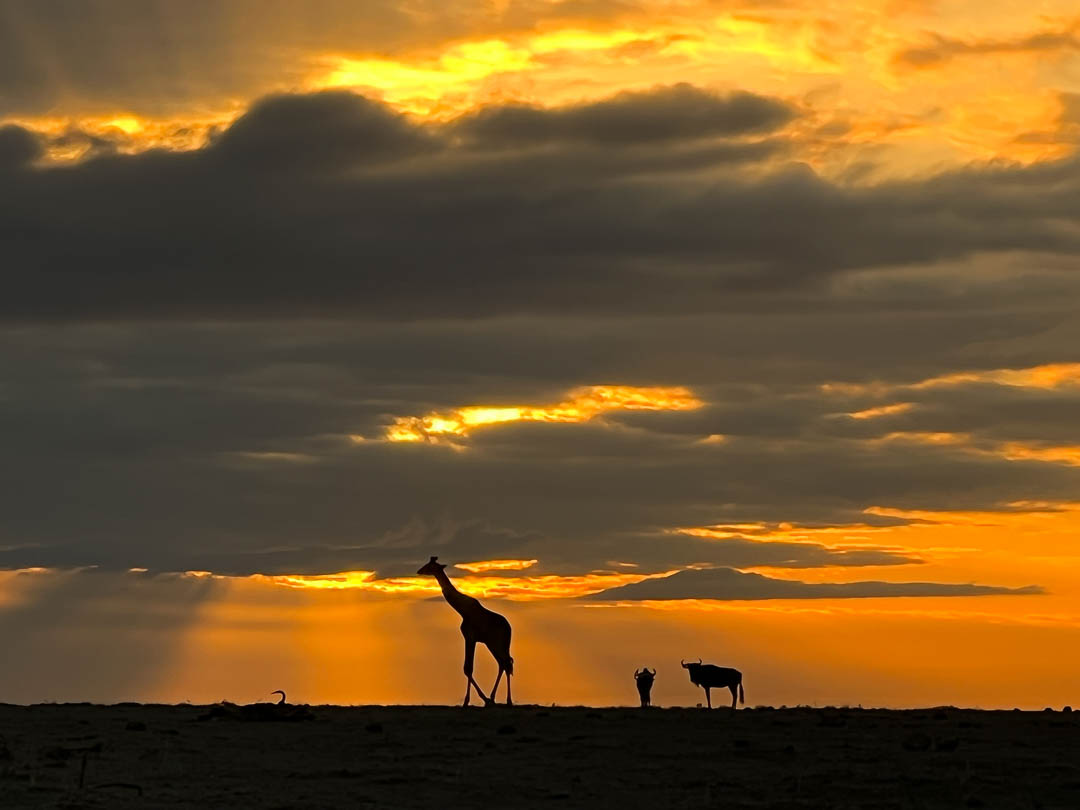 Image taken by my guide Junior with my iPhone 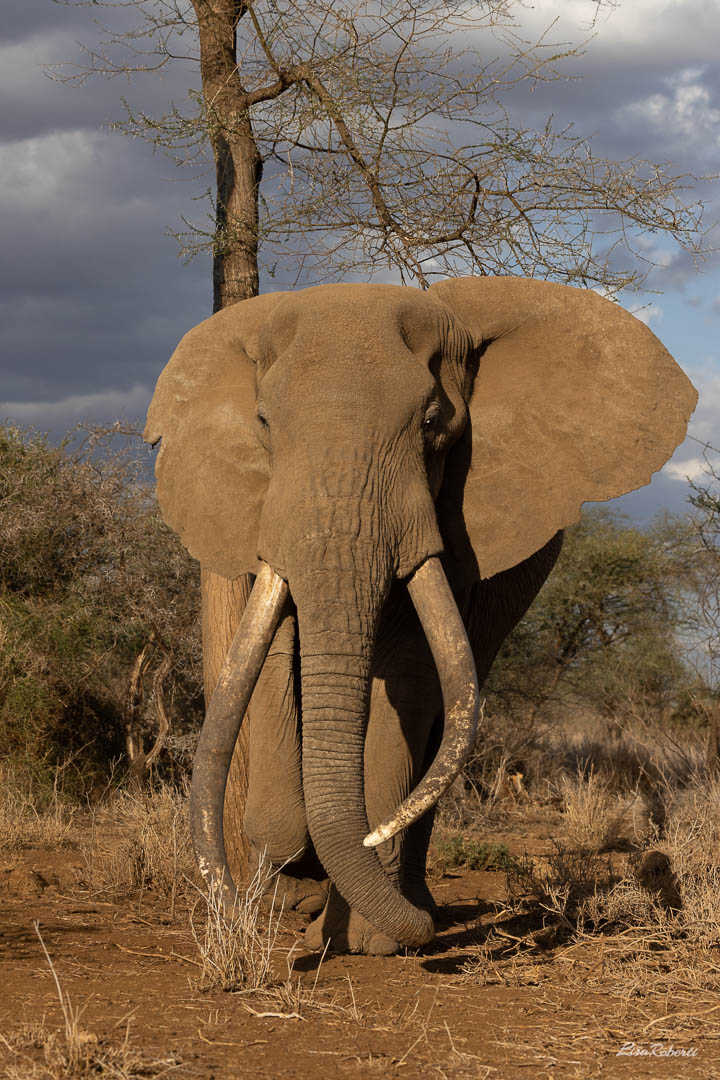 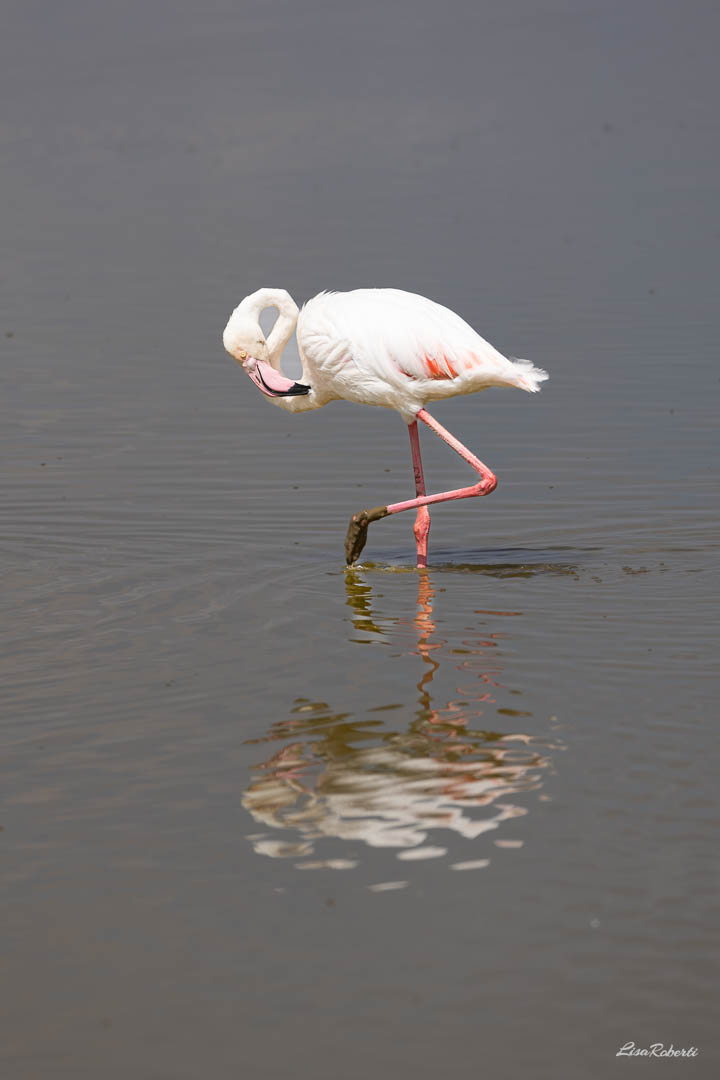 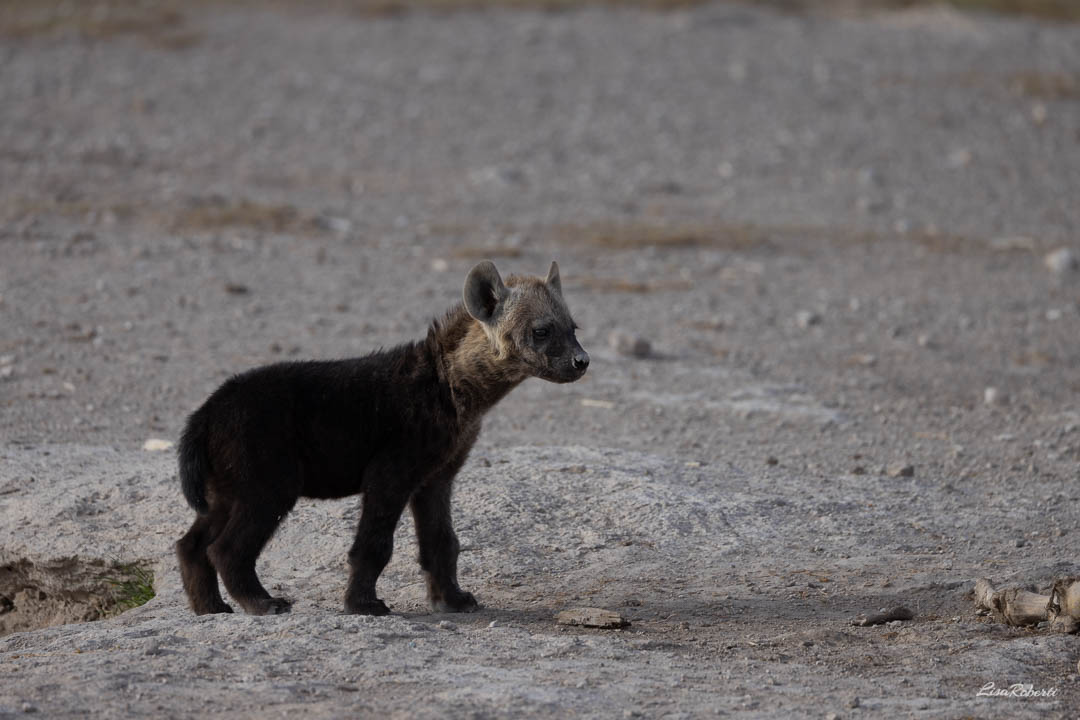 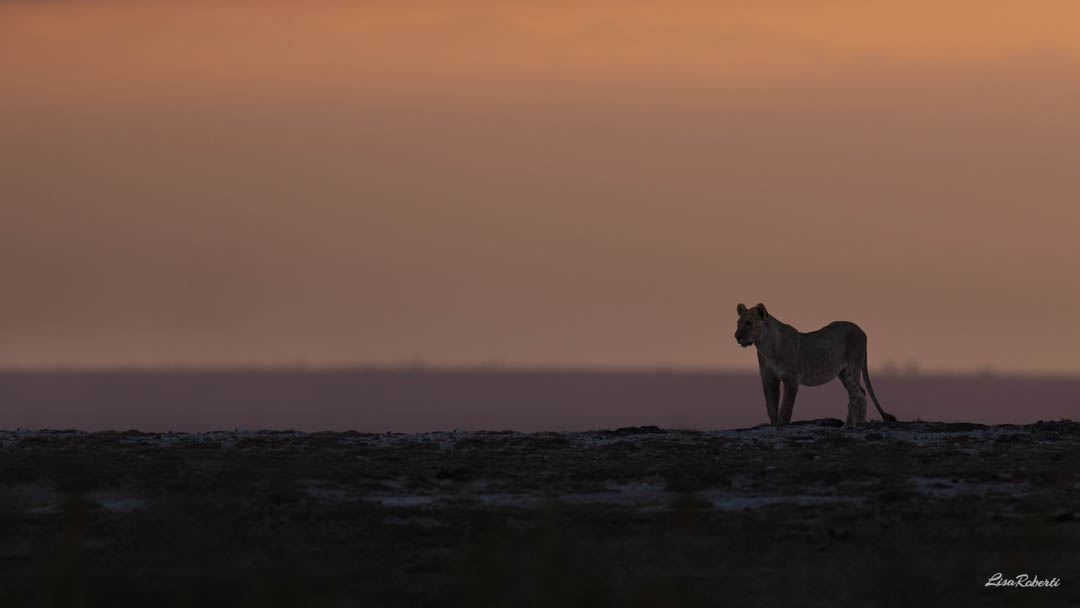 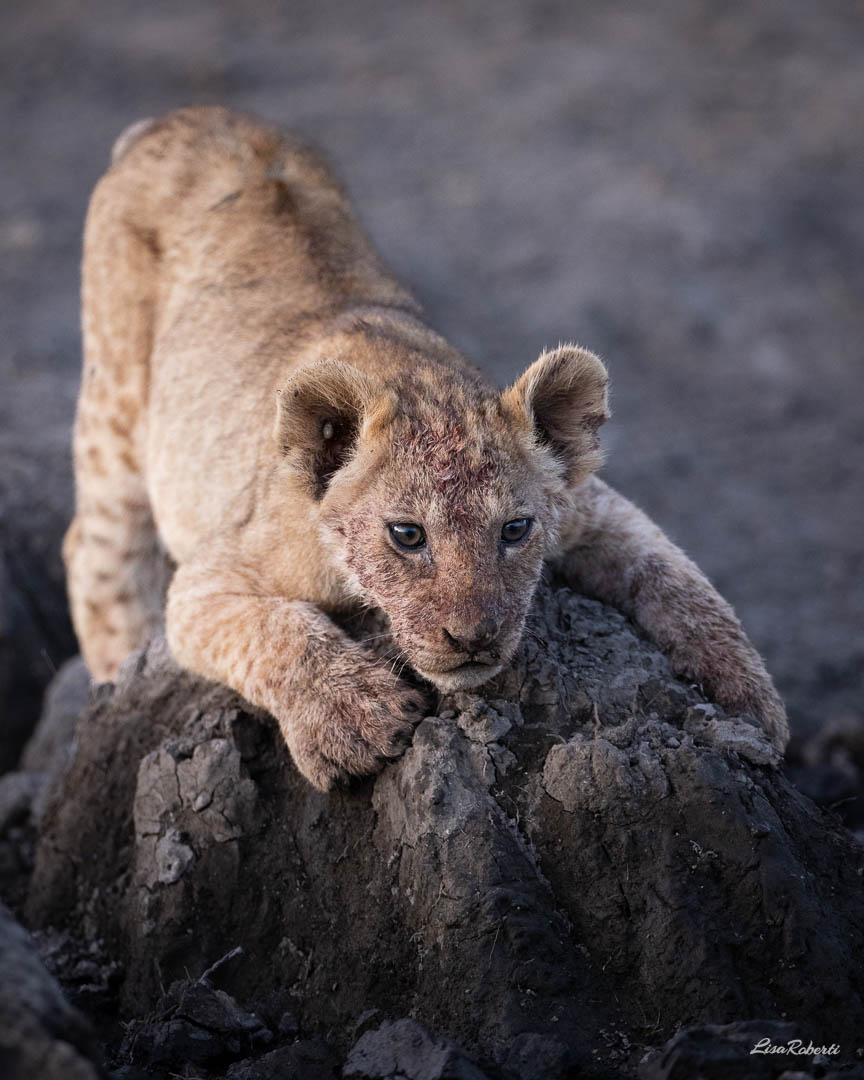 If you would like to help with the current situation, Big Life Foundation is accepting donations for hay and water for the wildlife,  the people, and the livestock in and around the greater Amboseli ecosystem.

Another great organization that is helping is Amboseli Trust for Elephants.
From their Facebook page:

"Some (organizations) are already focusing on feeding wildlife & livestock which helps save some lives but there are many more issues that require action. We are therefore putting our resources into working with our partners on:⁠

2) Borehole restoration from elephant damage, and construction of elephant proofing, as well as wildlife troughs.⁠

3) Livestock nutrition and health support - one of the biggest challenges right now are heavy parasite loads in both livestock and wildlife. This initiative will support livelihoods, and protect wildlife health by efforts to manage parasite burden.⁠

⁠As many of you know our work is entirely reliant on donations. If you wish to make a donation please visit our website" https://www.elephanttrust.org/donation-online/

And one last little note.    Most of my posts are about happy and cute and fun things... so if you are interested in wildlife and are new here -- please subscribe below to my newsletter which is sent out periodically through the year. 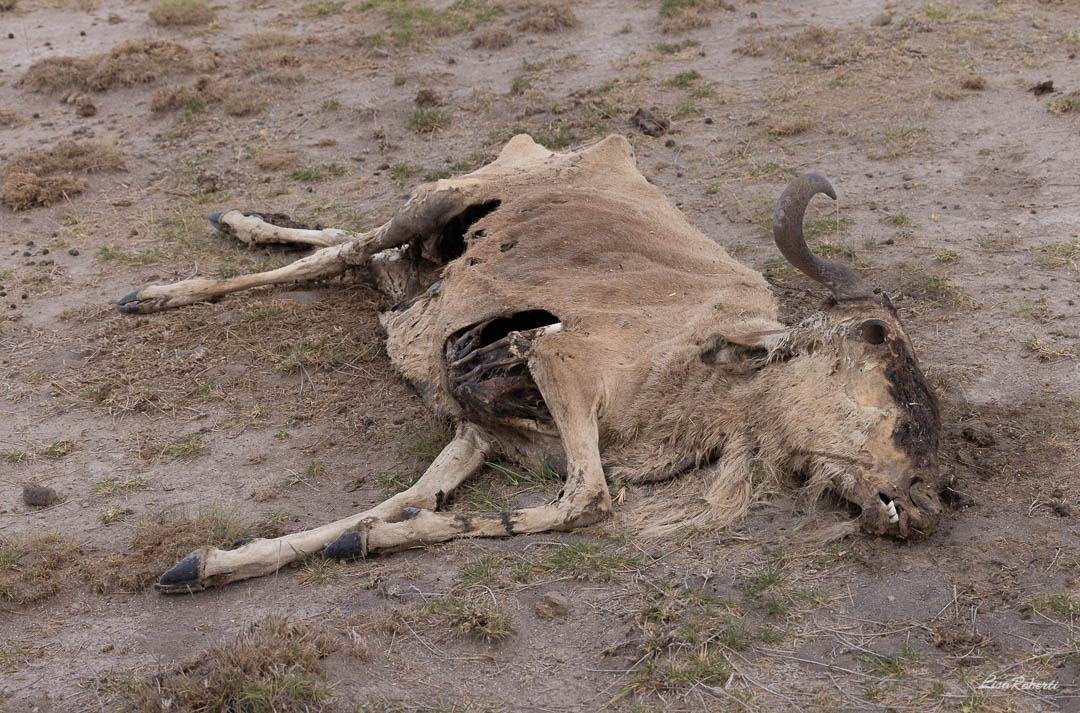