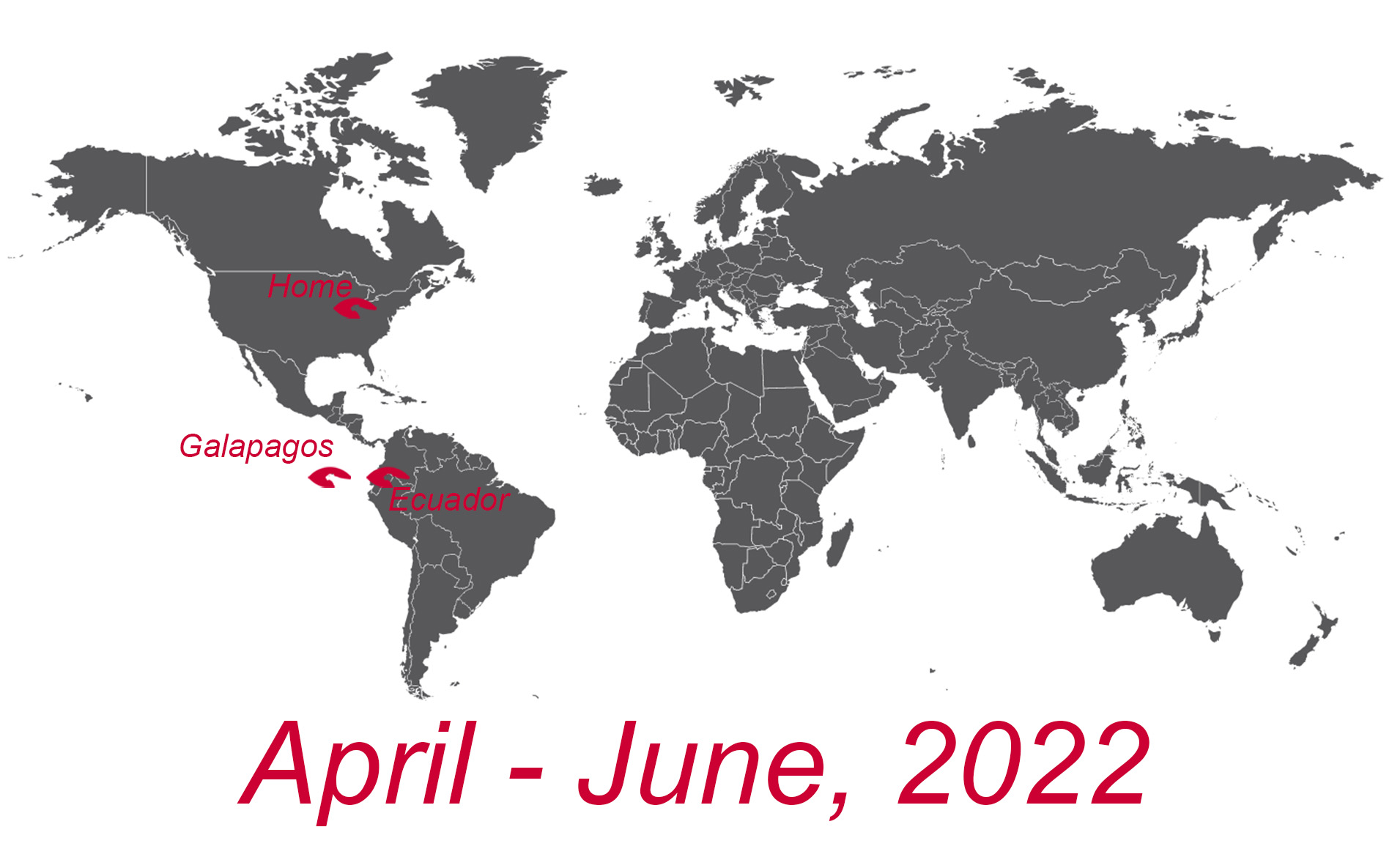 In 2020, I had 3 beautiful dogs.   Shadow- a Newfoundland, Holly - a Mix girl (Newfoundland, Springer Spaniel, St. Bernard - with probably some Pyrenees mixed in), and my baby, Rocky - a Golden Retriever.

My Newfoundland passed about 2 weeks after his 13th birthday in August of 2020.    See his tribute by clicking here.

Four months later, in December of 2020, Holly was diagnosed with bone cancer and they gave her 2-3 months to live.    The ex still lived in our old house and the dogs were super comfortable there and he watched them while I traveled.   As time progressed, she was doing great and beating the diagnosis.

In May of 2021, Rocky very unexpectedly passed while I was in S. Africa.   He was my baby and still young and it was a massive blow to lose him so unexpectedly and suddenly.  You can read his tribute here.

Holly continued to beat the odds and since the ex was moving out of state and I had no one I could trust to care for Holly, I did not book any travel.    The only travel for the first half of 2022 is travel that was booked 1 - 2 years ago that was bumped due to Covid.   Holly's health is declining and her physical therapy / pain management vet, Dr. Christine at Tops Vet Specialty, and I do not believe she will make it through spring.   Every day has been a blessing and when it's time, I'll help her cross so that she doesn't suffer.

In March,  we took our annual cruise that was supposed to happen in 2019.   It was a cruise with my mom and my sister to the Caribbean.   We had a blast and met some amazing people.  We had so much fun, we are all planning on meeting again in 2024 on another cruise.

Besides the cruise, I've been staying home and hanging out with Holly and the ex's 3 dogs.   Holly was never alone before and as her health declined, we decided it was best for her to have some canine companions.   Once Holly passes, his dogs will go live with him permanently and I will be pet free for the first time in 45 years.

I've also been working on my physical health.   In October 2019, I had 3 brain hemorrhages.  (To make my 2nd, 3rd, and 4th traumatic brain injuries).   The neurologists have no idea what caused them.   I was in neurological ICU and in 4 different hospitals.   For weeks all I could do was sleep.   I couldn't read, look at my computer, or watch tv.   Gradually my strength increased and in January 2020, I went on 2 trips -- they were very difficult with my strength and stamina so compromised.    Through all that time, I gained a bunch of weight and then with the loss of the 2 dogs, I turned to sugar and gained more weight.    I tried hard to lose it and the doctors told me that it could take up to 2 years for my brain to completely heal and that could effect my ability to lose weight.  That and hormonal changes have taken their toll.   Then with Covid, I took the "vacation mentality route" for a while and binge watched a lot of Netflix.   So, now, I've been working out hard trying to get my strength and endurance up so that I can easily carry my camera equipment through the airports and hike with gear.   I'm also trying to build my swimming endurance for a trip later this year.

I've been working on my mental health as well.   Taking classes with Tony Robbins, Kary Oberbrunner and Igniting Souls, and Rebecca Davison - an energy / light worker.   I have hired a personal coach - Gerry van der Walt, and a photography coach - Andrew Danckwerts, and things for me are moving forward with lots of clarity.

I am enjoying spending my days at home (although I must admit I hate winters in Illinois and plan on never spending an entire winter here again) and working on myself and hanging with the canine companions.   I miss traveling and look forward to starting again later this year.  I have some awesome trips planned for the second half of the year.  Be sure to subscribe to the newsletter below so you don't miss any updates.

To learn more about animals and conservation and how you can help preserve the natural world for generations to come, please join my newsletter.

Join my email newsletter for adventures, news, and more!