After snorkeling with the sea turtles in the morning, we had lunch and motored over to our next spot.

Several us sat up on top of the catamaran on the sun deck and were rewarded with frigate birds using the draft of our boat to fly.   It was fun to watch them (and hope they didn't poop on our faces). 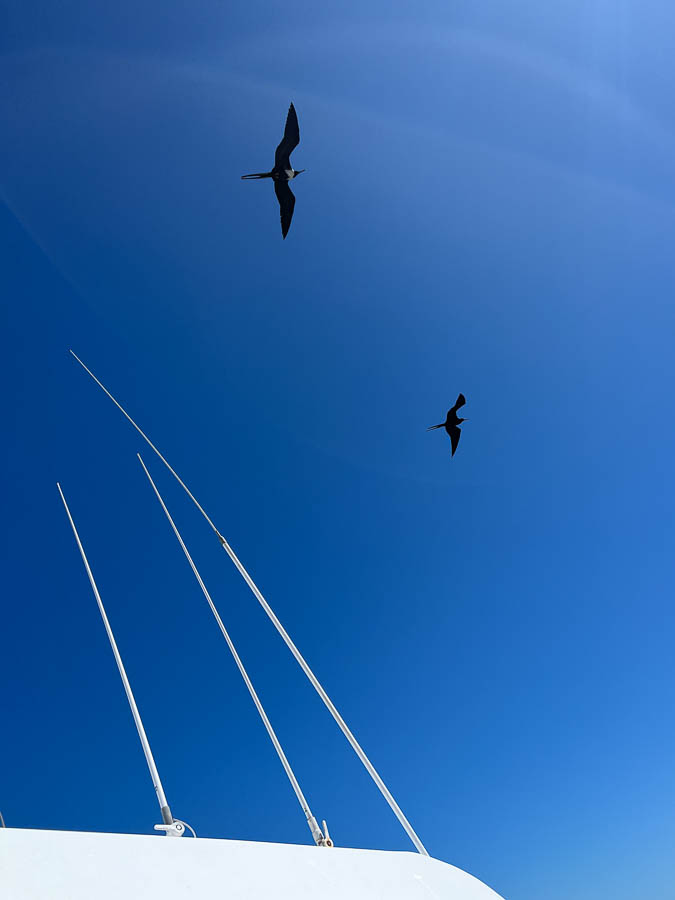 We all left unscathed (un-pooped).

At 3:00 we took the pangas to Urbina Bay.   Urbina Bay is also located on Isla Isabella.    This outing was a wet landing - so Keens on, back packs in a dry bag (just in case).

As we landed on the beach, we were greeted by a large marine iguana.

We dried off our feet and got our gear out of wet bags and then started walking down a trail into a forested region.

It was a very slow and somewhat painful walk for me as the beginning of the trail was thick sand and my foot was very swollen from twisting it in the morning.

During the walk we saw several land iguanas.   The first one was pretty deep in the brush...then one was laying right on the trail.

We saw some insects... a Large Painted Locust and a Zig Zag Spider were 2 I stopped to photograph - no macro lens so this is the best I could get.

The colors in the Galapagos are stunning.   The colors on the land iguana, birds, and insects were so varied and had me wanting to see more. 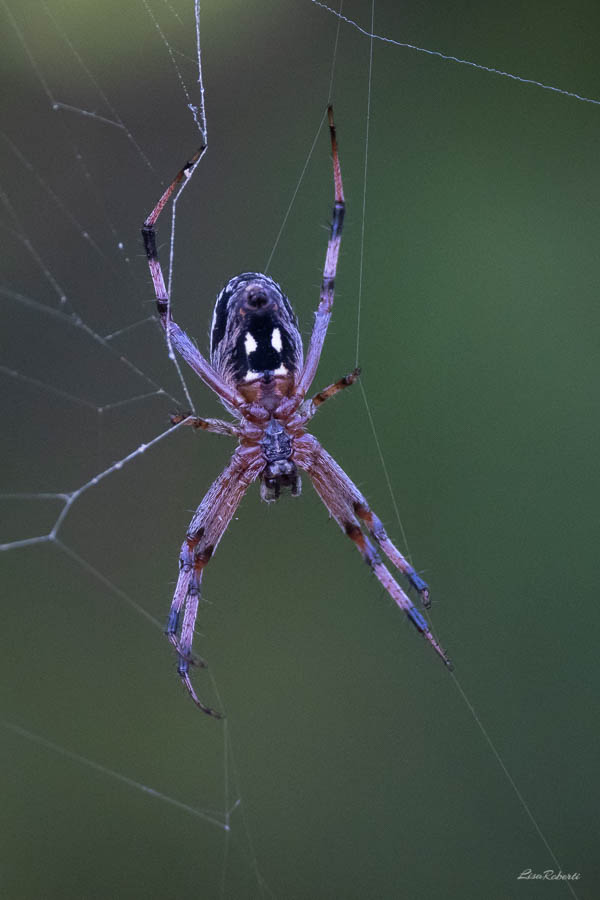 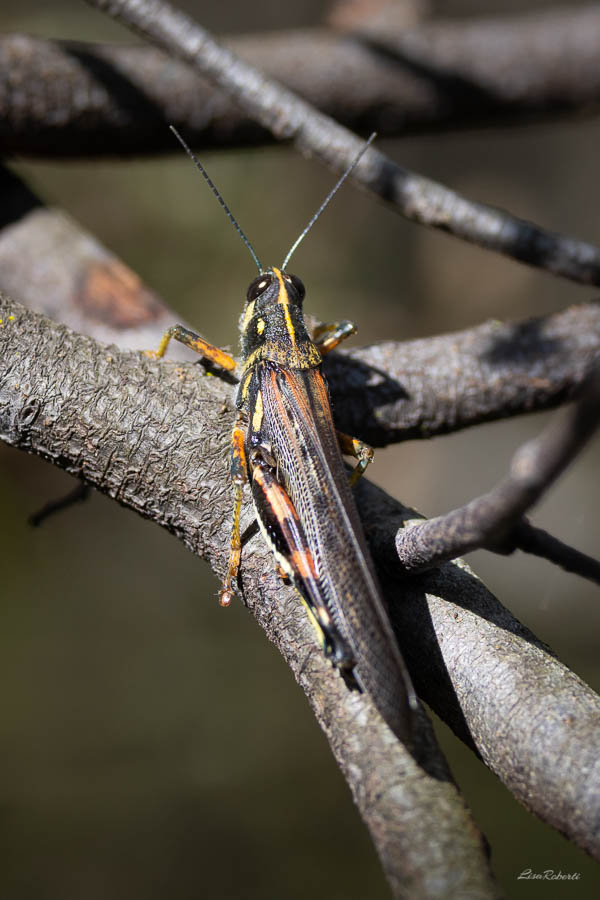 There were a lot of different birds... this one posed for me for quite a while just off the trail. 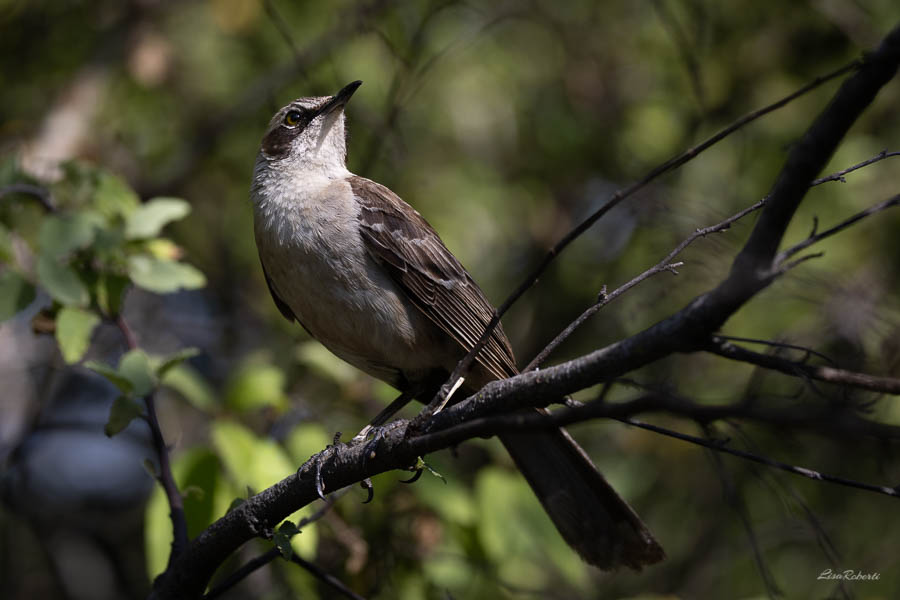 There were a lot of tortoises- several hiding in the undergrowth but a few out in the open.  This one next to the stop sign was between 2-4 years old according to Franklin, one of the naturalists on the trip. 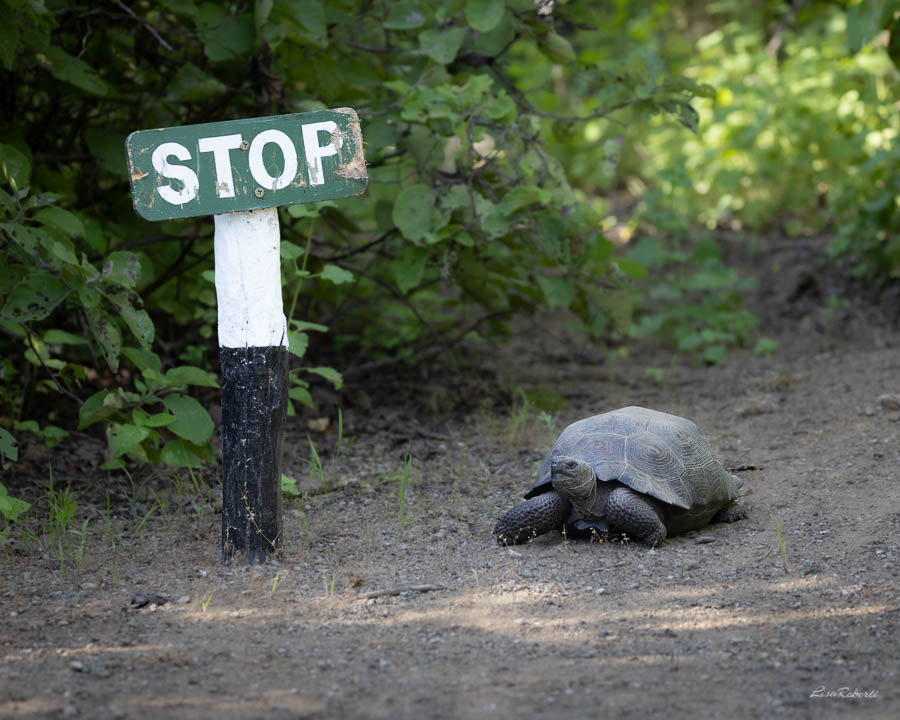 When we returned to the beach there were yellow warblers but they were "deep" into the lava rocks.   I tried to get to them and then decided against it since it was just day 2, I didn't want to risk my foot any further.  So I just sat on the beach listening and watching the waves and the marine iguana that we saw when we first landed. 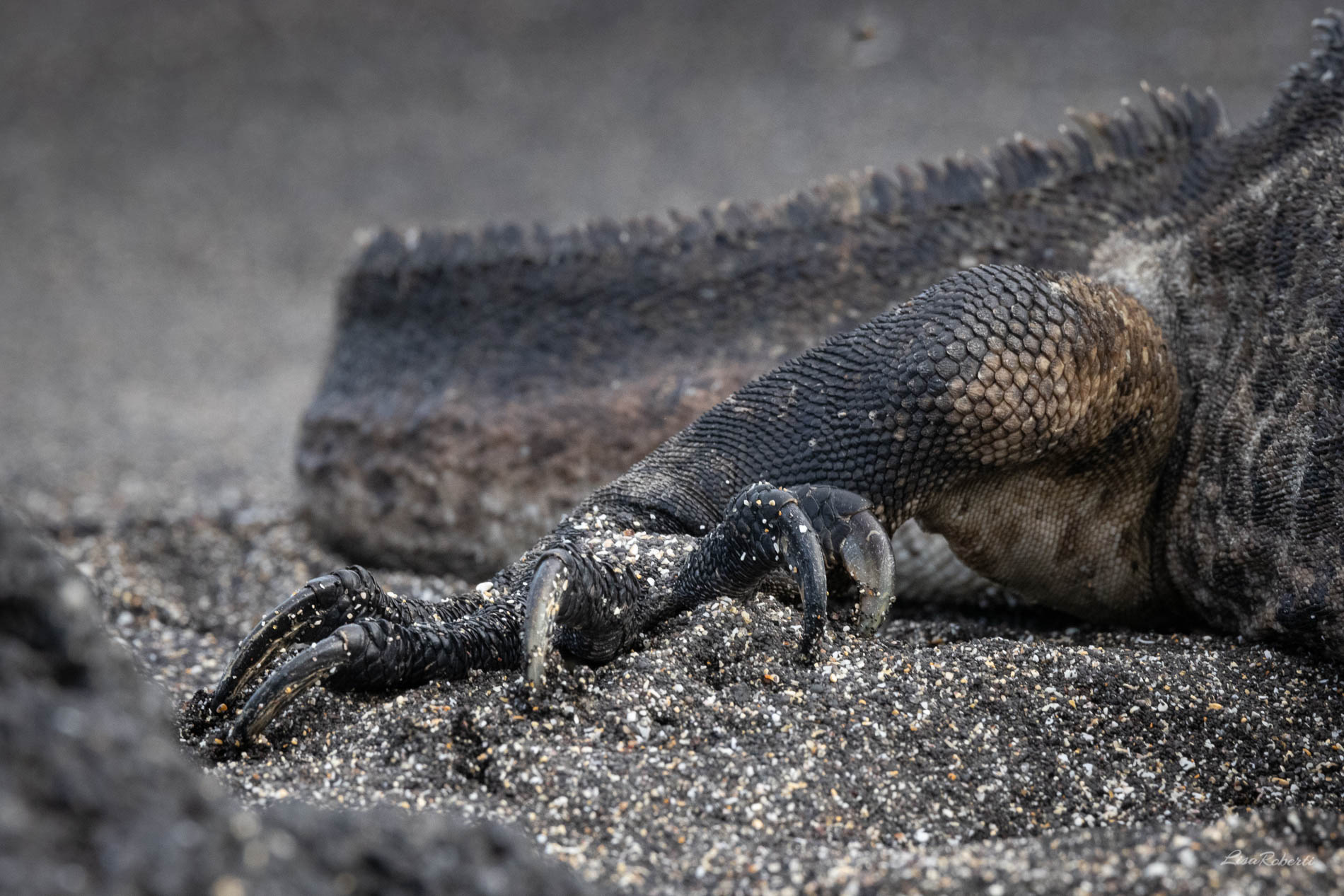 Franklin, one of the naturalists took my camera and took a few pictures of the birds for me. 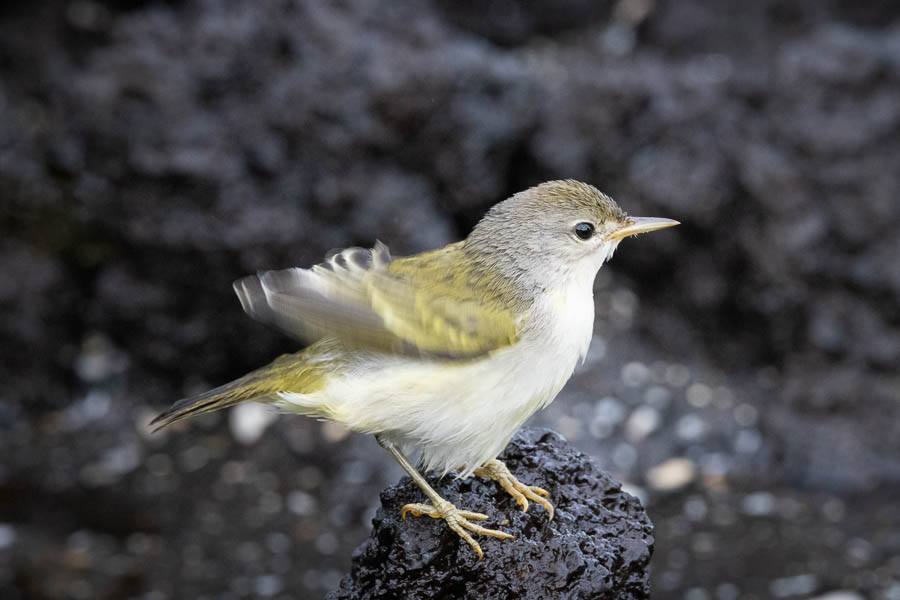 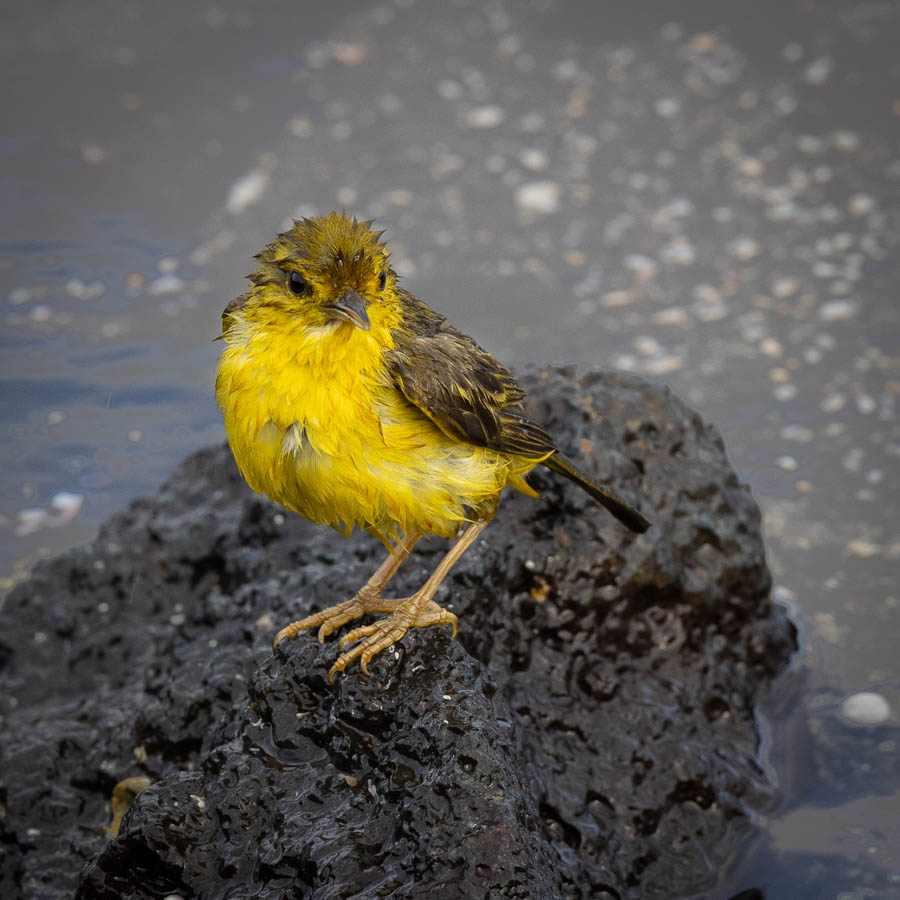 When we arrived back to the catamaran, I wrapped my foot and iced it...and as a bunch of us sat on the sun deck, so many frigate birds joined us to watch the beautiful sunset.

I laid on the chaise lounge just looking up to the sky watching the frigate birds (and the occasional boobie flying above us...the frigates chased the boobies away...but other than that it was super peaceful to just watch them soar!

Once again the birds used the updraft of the boat to help them soar.  At times they were flying just a few feet over head.   It was beautiful. 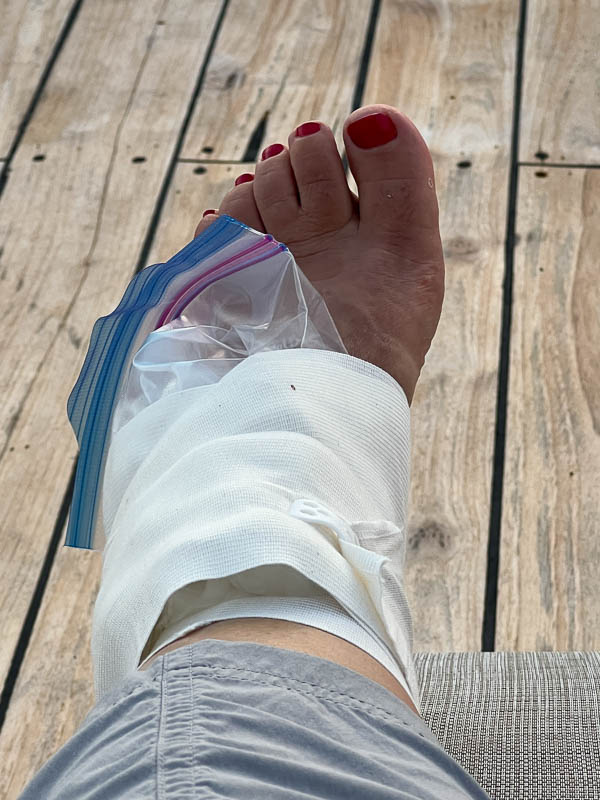 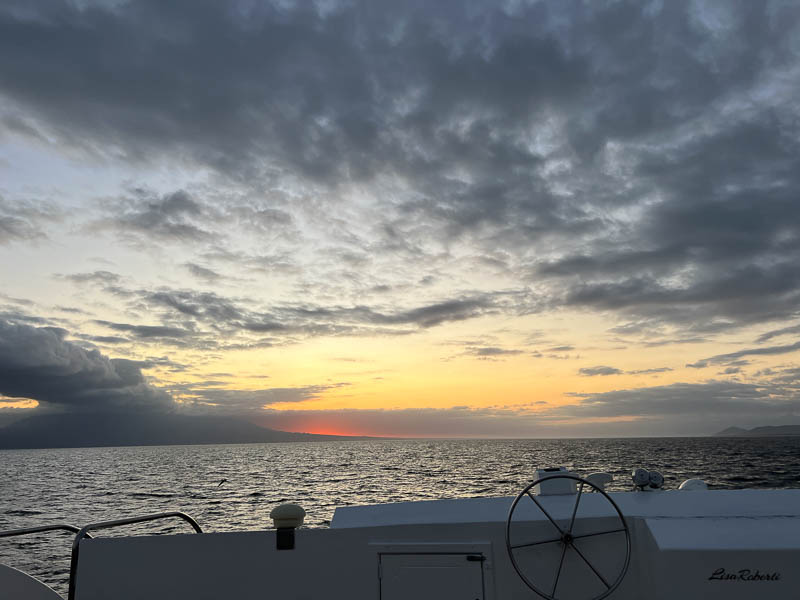 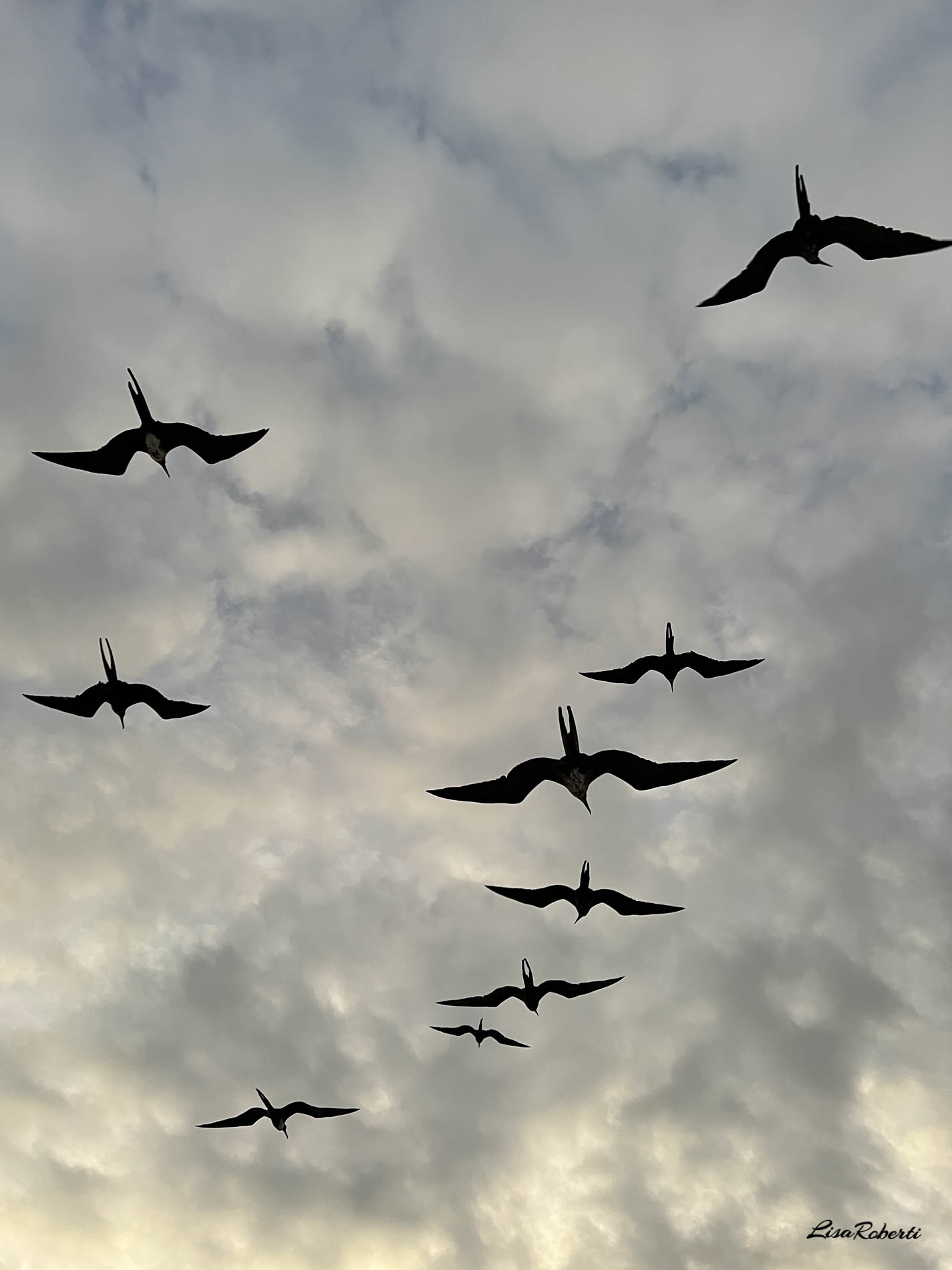 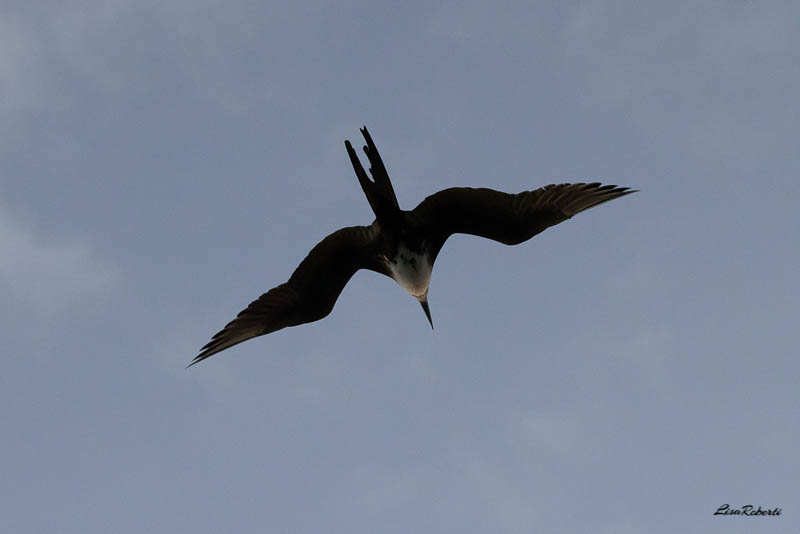 At 6:30 we had the briefing for the next day, dinner and downloading images which ended the day.   Another beautiful and stimulating day in the Galápagos Islands.

Be sure to view the photo gallery from this trip.   It is a work in progress as I go through and edit all my favorite images from the trip to share with you.

In the gallery, there are images that are NOT included in this article

As always, I would love any questions or comments !