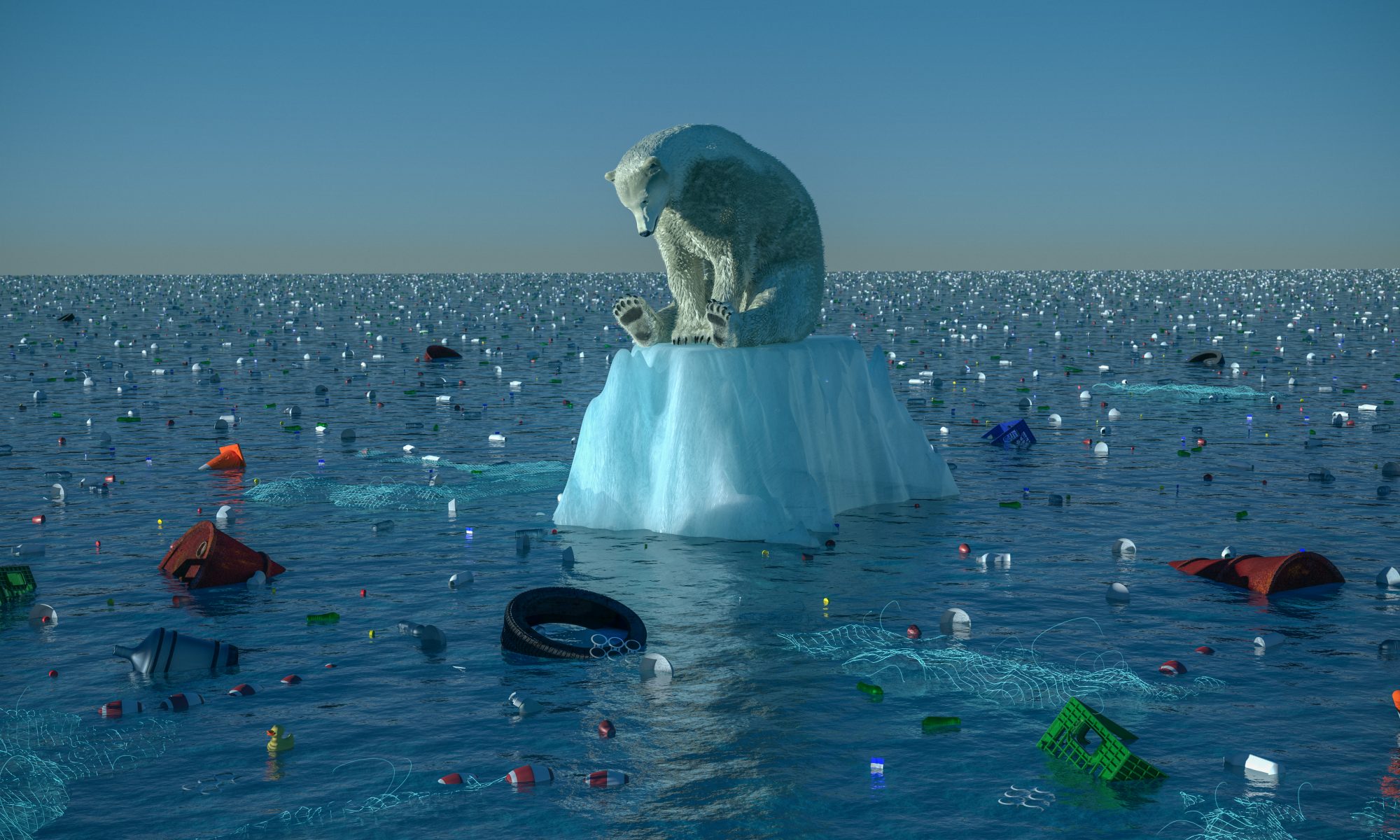 Shawshank Redemption - a very popular movie.   Perhaps you have seen it?

The majority of the movie was filmed at the Ohio State Reformatory in Mansfield, OH and I was a visitor there recently for a business retreat.

A strange place for a business meeting...but Kary Oberbrunner, a Best Selling Author many times over, launched his book "Day Job to Dream Job" there and he holds one retreat a year at the prison...more on that in a moment. 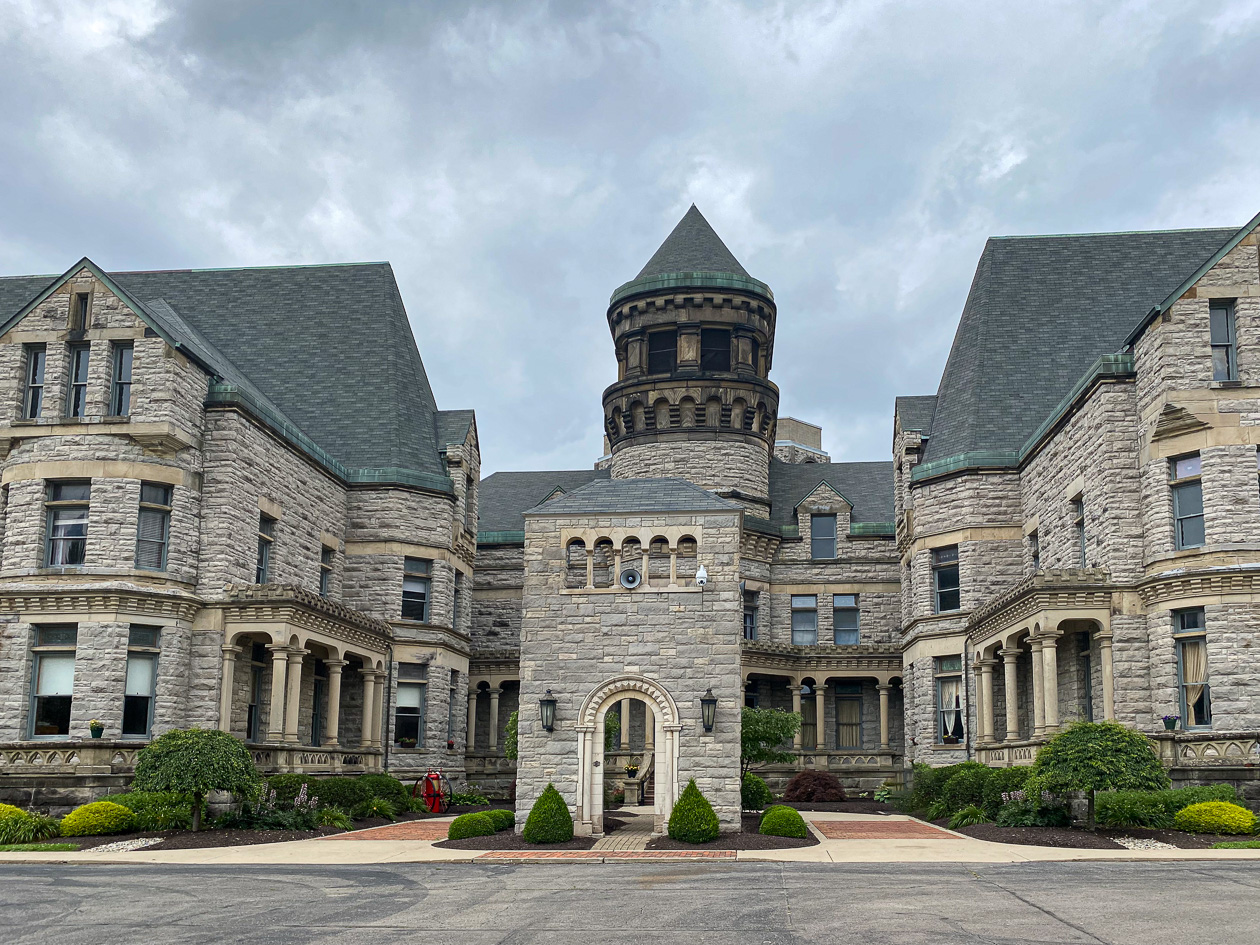 From the outside, the prison does not look like a prison. It is a beautiful building.

The inside is a different story.

As I walked through the cell blocks and listened to the stories about the lives lead by the prisoners, I was filled with such a huge feeling of gratitude and empathy.

Gratitude for the life I was fortunate enough to live, the opportunities to grow up in a safe neighborhood, with loving parents, making it EASY to stay on the "right side of the law".

Empathy for those that didn't.   Although true, we all make our own choices, for some, the choices are much easier than for others.

The cells are 5' x 8' and were originally designed for 1 prisoner.   Due to overcrowding, they were used for 2 prisoners and then 3.

The cell scenes in the movies were filmed on a set where cells were built - and they looked like a Ritz Carlton compared to the actual cells where prisoners were housed. 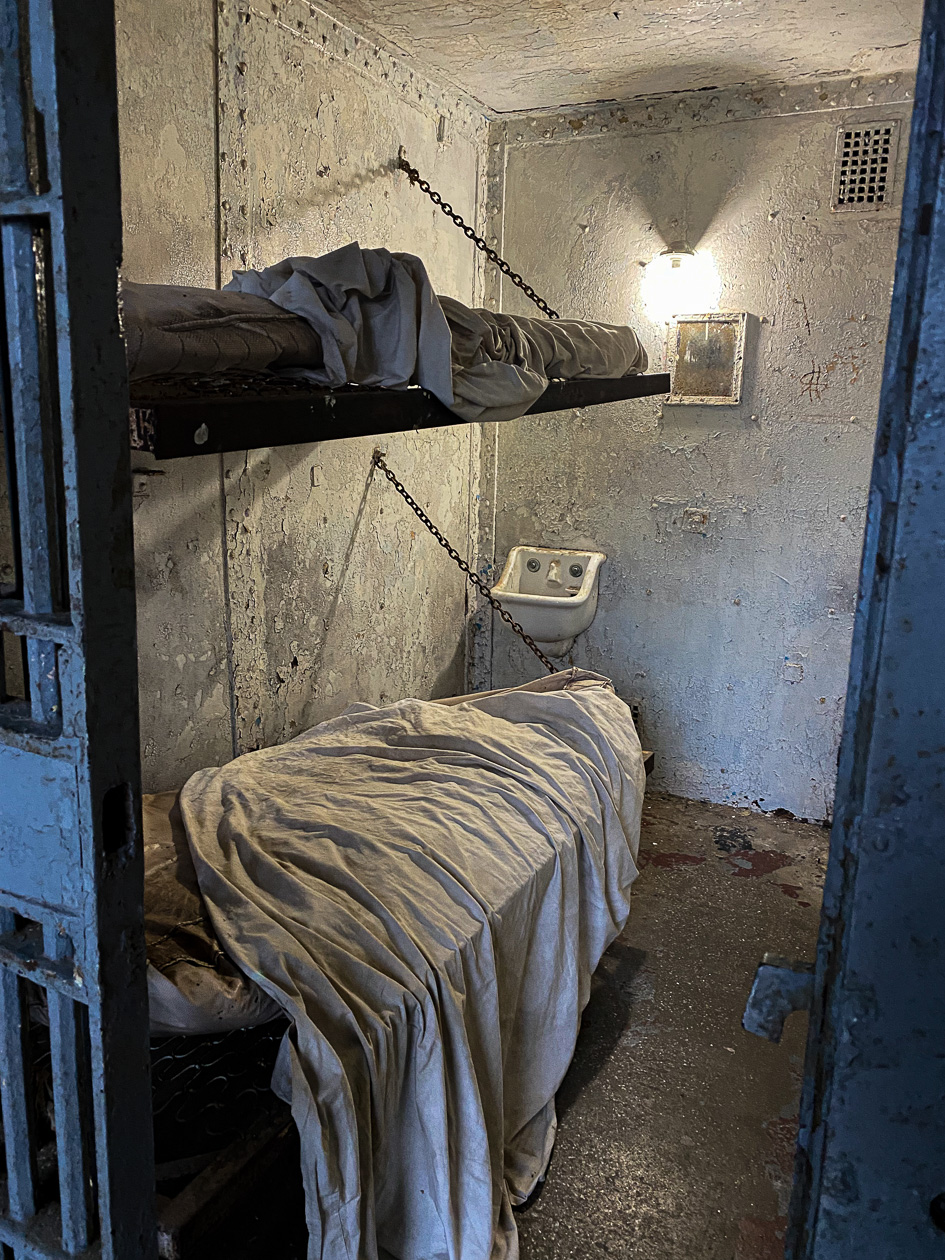 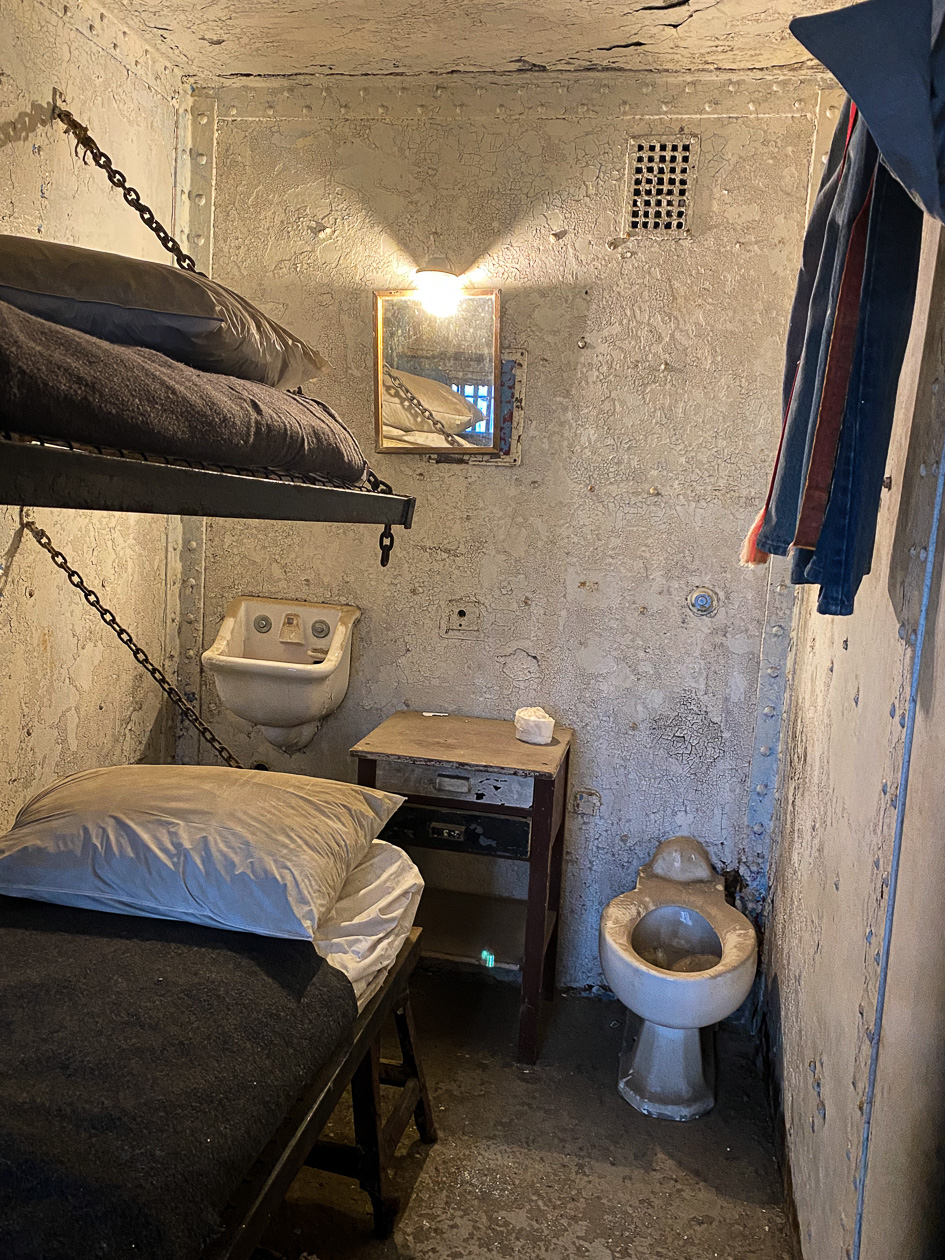 The prisoners got to shower 1 x per week and that shower lasted 30 seconds.

Some of the "worst" prisoners, were housed in cells with doors like this: 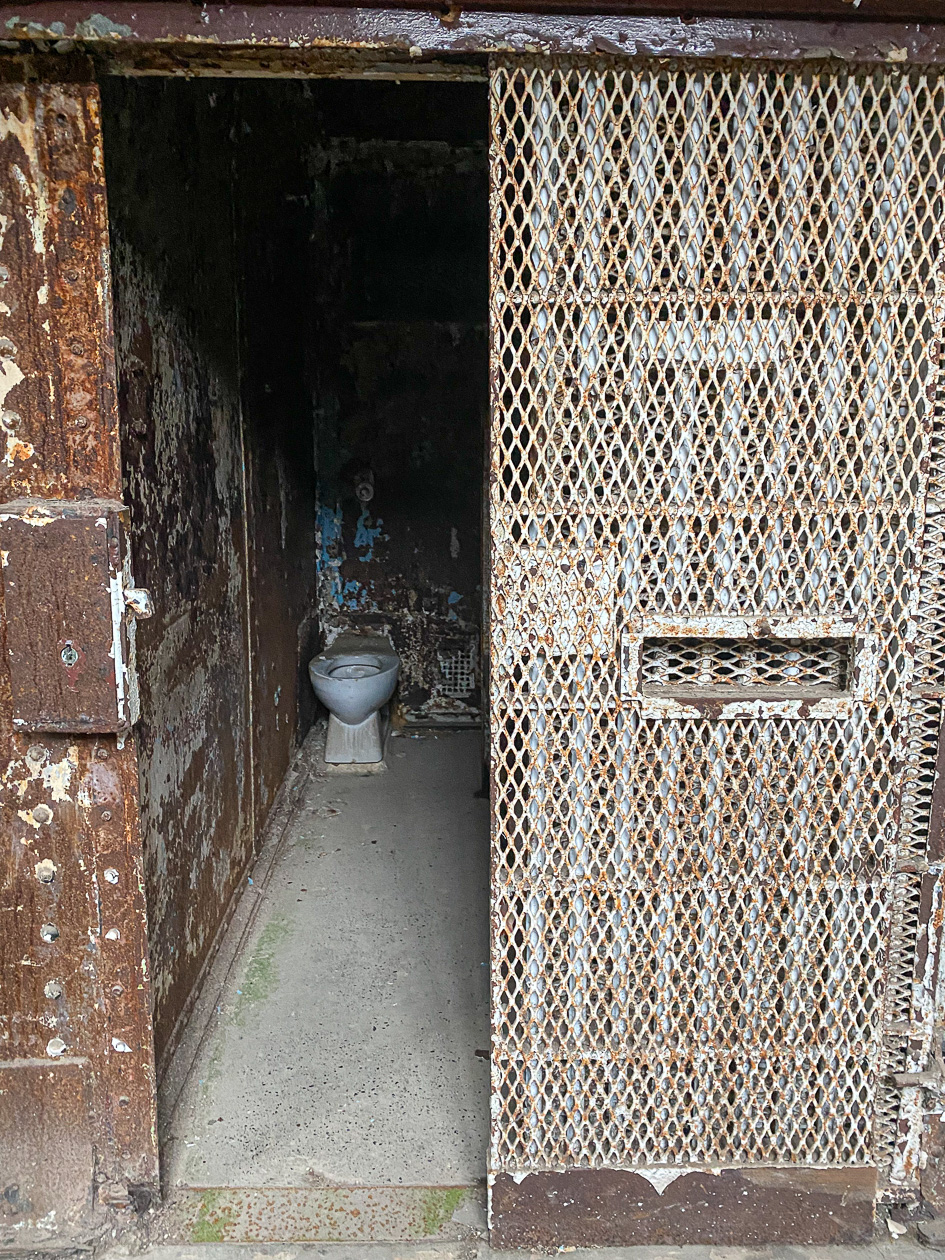 These doors were to limit the "view" for the prisoner and cause more isolation.   Food was given through the little door opening and that's also where they would be hand cuffed to be allowed to go to the showers or meetings.

The largest cell block had 6 levels of cells.   The cell blocks were extremely hot in the summer and cold in the winter with snow sometimes piling up inside the jail and the water in the toilets freezing. 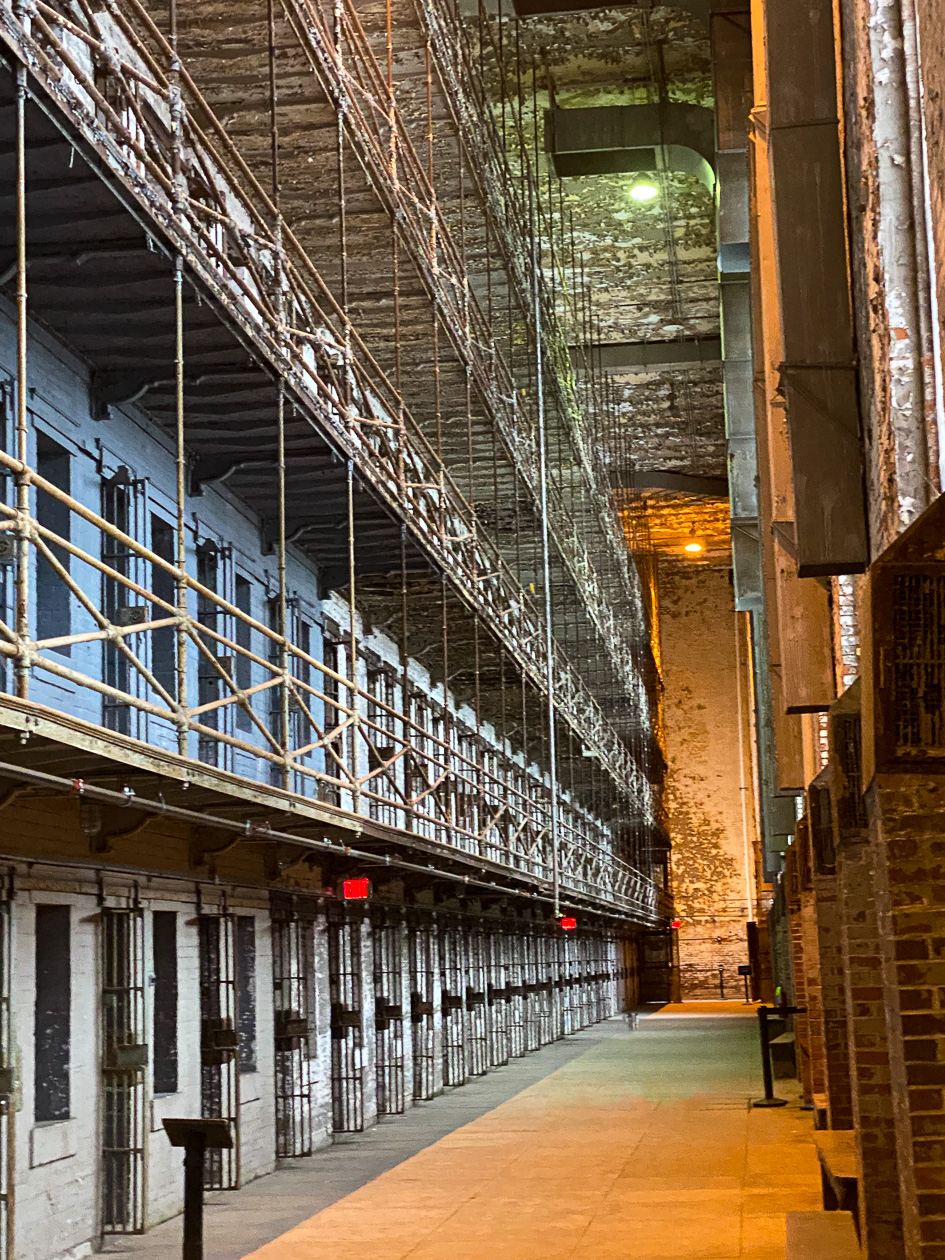 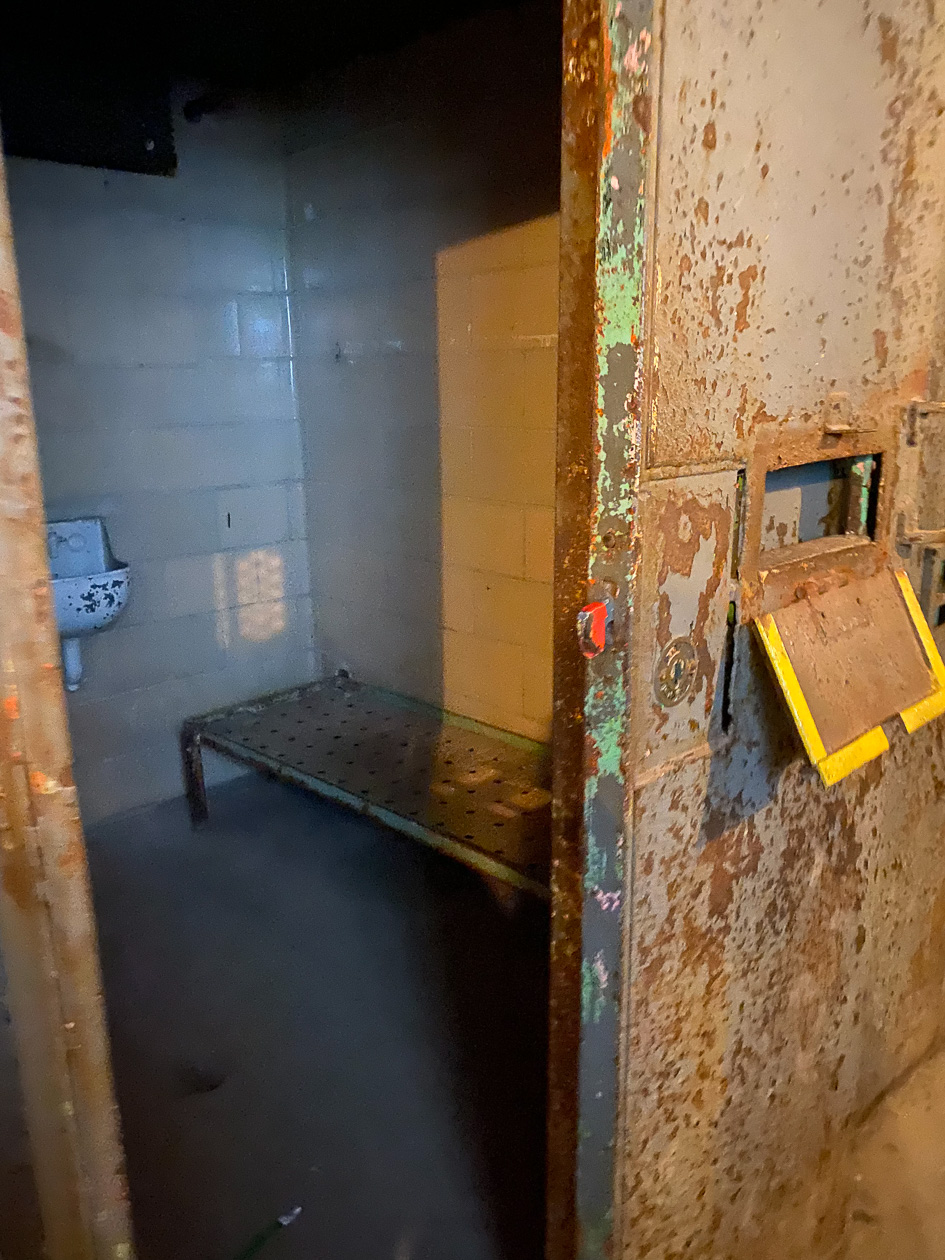 And then, we saw the isolation and sensory deprivation cells.   These cells were either dark 24 hours a day or light 24 hours a day.

There was a "door" inside the door for food.

This one shows a cot, but we were told there were no beds / cots in isolation cells.

I can't describe the feelings I had when walking through the prison because I'm not even sure what they were besides the gratitude and empathy as stated above.

And I knew that I would NEVER do anything that would put me inside these walls as a "guest".

So, why hold a business seminar here?  What is the parallel with prisons and business and life?

We had a 1/2 hour exercise where we went into the prison cells to reflect on our own inner prisons - in life and business.

It was a powerful exercise and one I am still digesting...

but one question Kary asked is the reason why I am writing this article in a wildlife centered blog - "how does the experience parallel with what we do ?" 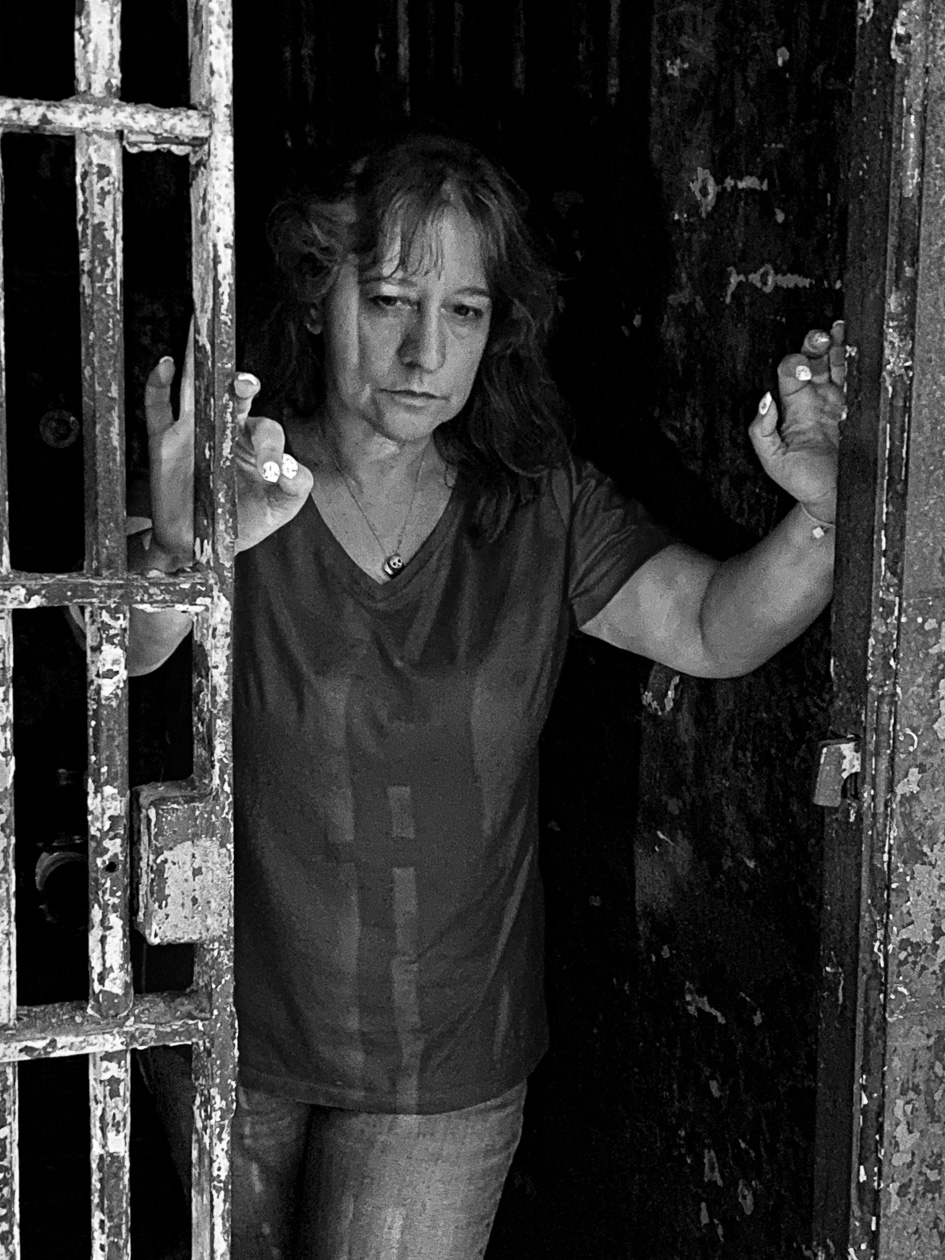 What does prison have to do with wildlife?

The obvious popped into my mind first:

Animals in captivity vs. animals in the wild

but that is better demonstrated and discussed with pictures of animals in captivity and not me in a jail cell - and that article (or most likely articles) will come sometime in the future.

As I was pondering this outside my cell with Danielle Bernock, a fellow Mastermind Member and truly an amazing person (go check her out on social- she helps people get over their trauma and is truly one of those people that just bring light into your life), she made a simple statement which lead to my AHA parallel:

Animals in the wild, that live as nature intended, are still imprisoned by humans!

Wild animals depend on humans to make good choices for the environment. 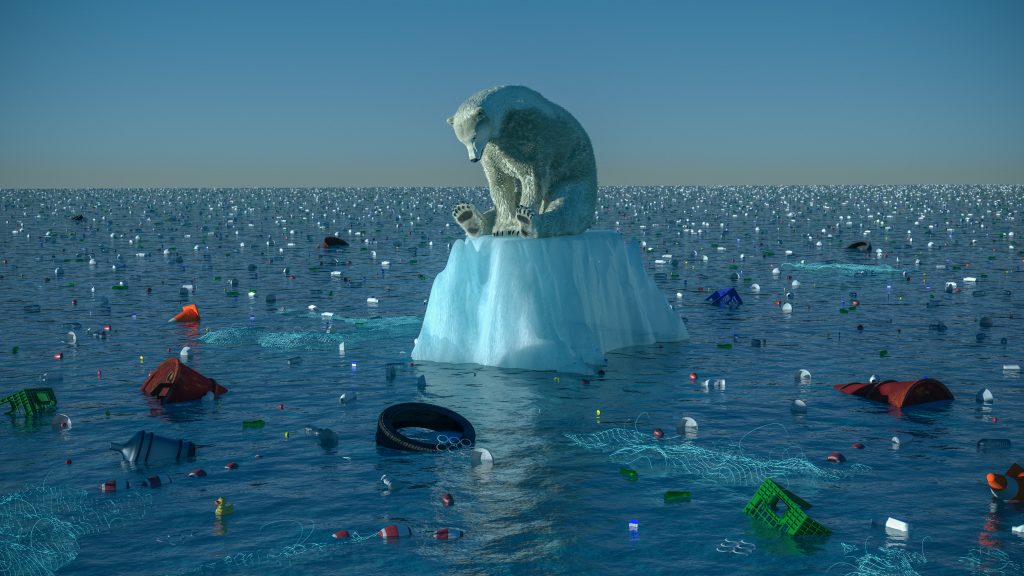 Humans can save wild places and wild animals by the choices we make.

I'm sure there are many more examples that I did not think of where we humans are imprisoning wildlife even when they are in the wild.

The animals DO NOT HAVE A CHOICE!

We, the humans, have choices.   We can choose to

There are many things we, the human species, can do to help wildlife and wild places around the world to thrive.

It is up to us to preserve the wild places around the world for generations to come!

What impact can you make?

As always, I'd love your thoughts about this article and other idea of what the human species can do to help save the wild places around the world!

Please share the article if you have friends that would enjoy it!

8 Replies to “Wild – but still trapped”